How to set dish Svec

Satellite TV allows to watch TV channels in any place where there is satellite coverage. For this purpose, a satellite dish, receiver or DVB-card. For satellite tuning presents no difficulties, you only need to know the value of its transponders and have a little patience. But in the end you can enjoy high quality digital television signal. 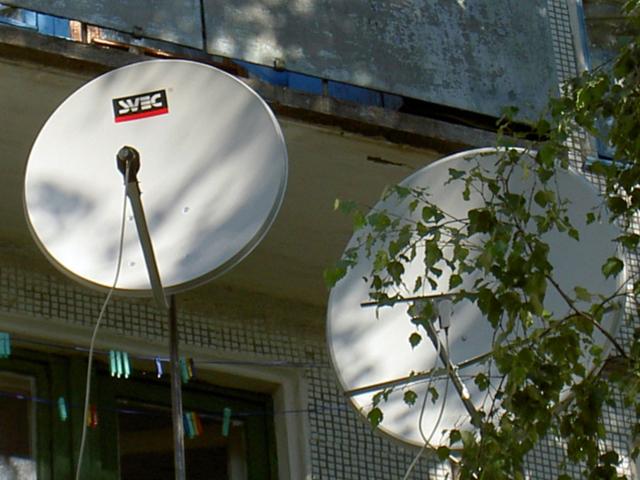 Related articles:
You will need
Instruction
1
Install offset satellite dish SVEC in the line of sight to the southern direction. This means that she should be tall buildings, tall trees etc. So the best place to install it be on the roof and balconies, but it can be done near the window. The antenna must stand firmly and securely, just use a hammer drill and anchor bolts. The bracket on which it is installed, should stand strictly vertically or horizontally, depending on the installation location (roof or wall). Connect the Converter to the receiver, connect it from the coaxial cable.
2
Aim the satellite dish before setting after setting in the same direction, where to watch the other standing next to or in the same area of the antenna. If there is nothing like that, then use the compass. For example, when configured for satellite Hotberd 13E, which are respectively located on the 13th degree of B. D., point it South, in front of this determine the geographical location of your city. South direction is approximately equal to this value, for example, Donetsk oblast (Ukraine) is about 37 degrees VD, respectively, to the direction South=37 deg. V. D. or 37E. Thus, finding the Hotbird satellite we need in the right sector from the South. This method applies to finding any satellite. You can also use a special program Satellite Antenna Alignment, where you define the location of the sun in the sky at a certain time. Knowing this, you can set the antenna in this direction.
3
Connect the receiver to the TV. Turn the power on 220V. When installed on the cable F-connectors carefully make sure that the braid shield is not locked with the Central core. This can bring the receiver out of order. Turn on the TV, the receiver, go to "Setup-channel Search". Select the desired satellites satellite, for example, Hotbird 13E. In the right menu, select: LNBP: On. (power Converter); LNBP Type : Universal type Converter - universal); LNBP Freq : 10600/9750; DISEqC : None (since a single Converter).
4
Go to the submenu "Transponder", select the appropriate value. The website www.lyngsat.com define its value, which looks like this: 11034 V 27500, where V is the vertical polarization. On the screen the value of "signal quality" will be 0%. This is not surprising as the antenna is tuned until approx.
5
Release a bit of the antenna mount to be able to move it left-right, up-down. Install it in a vertical position. Install the Converter into position ")". Move the antenna left and right. Do it continuously. If the signal value does not change, then increase a little the angle of the antenna. Move it left again to the right. At some point, the satellite signals will appear. Maximize its value. Secure the antenna. Then, the rotating Converter, achieve again the maximum value, secure Converter. Scan the satellite.
Is the advice useful?
See also
Присоединяйтесь к нам
New advices