How to accept the Muslim faith

The Muslim faith is considered to be among the true followers, because God's message, delivered by the prophets Moses, Abraham, Jesus, was distorted. And the last prophet was Muhammad, who gave mankind the God's words unchanged. To become a Muslim means to be a believer. 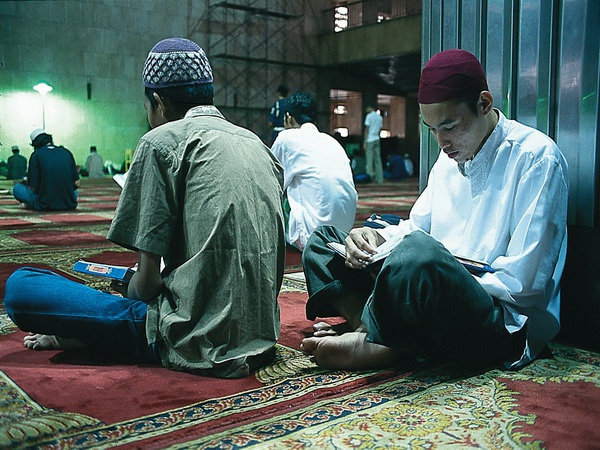 Related articles:
Instruction
1
I sincerely believe in Islambosna to have a desire to be a Muslim in the mind, in your heart. You have to accept Islam as the true faith, and Allah as the one God.
2
Read the words of Saharistoi to accept Islam, do not have to go to the mosque. It is enough to recite the Shahadah. Shahada is the testimony of faith in Allah and His prophet, the most important of the 5 pillars of believing in God.
Once you decided to be a Muslim, it is not necessary to postpone it. Directly read shahadat: "Ashhadu Halles ilaha illa-llah WA ashhadu Anna Muhammad Rasulullah". In Arabic, the Shahada is "I testify that there is no God worthy of worship except Allah and that Muhammad is His messenger".
It is better to read the Shahada in the presence of at least two Muslim witnesses, a male, to, in which case, they could confirm your acceptance of Islam. If this is not possible, then you can say the Shahada alone, and further with witnesses.
3
Serve Bogoslova "Muslim" means "one who submits", i.e. one who follows the orders of Allah. Islam is not just spiritual communion with the religion, it is a way of life in General. The Holy book – Quran is the guidance, how to be a Muslim in all spheres of human activity. Study the Koran, pray 5 times a day, attend mosque on Fridays, fellowship with believersand learn the subtleties of religion to keep the faith.You can find spiritual teachers that will instruct, teach prayers and reading the Koran. First you have to follow the regulations, you know. Failure to comply with other requirements for your ignorance is forgiven, but they need to learn.
4
Learn to live among neverauskiene Islam does not adapt to the modern world. The Muslim faith is negatively perceived nota believerand not give in to social prejudice. Instruct your loved ones and spend more time with believersI.
Useful advice
Children born in a Muslim family in which at least one parent is a Muslim, read the Shahada is not required. They are already Muslims.
Is the advice useful?
See also
Подписывайтесь на наш канал