How to pray in Islam

Prayer in Islam is quite complex. To remember everything the first time,and especially to do it without any errors is virtually impossible. Takes months and even years of practice. However, in any religion difficult to follow all the rules and know by heart all the prayers. In the same Christianity a thousand prayers and hardly anyone knows them all. And if you talk about services, there are few who knows the whole "Church circle." It's the same in Islam. 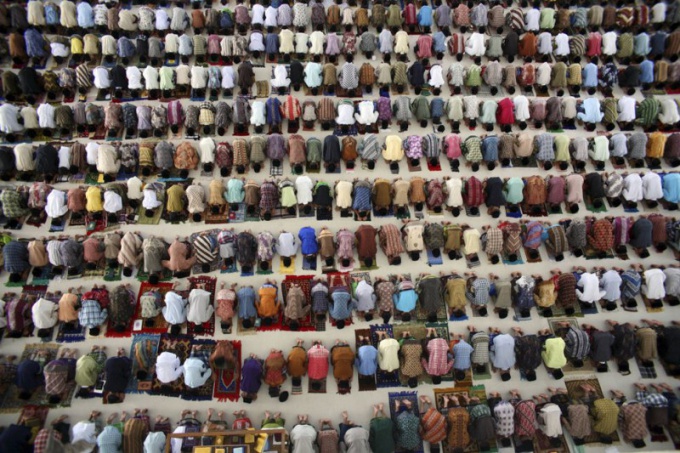 Related articles:
You will need
Instruction
1
In Islam a lot of attention not only the essence of prayer, but also its visual design. For example, the soles of the feet while casting Holy for Muslim words must be kept straight so the toes didn't look in different directions. There during the prayer and his situation and for hands. They should be crossed on his chest, but not on the stomach and should not be behind. During the bowing it is necessary that the legs are not bent, and your feet are flat. Prostration to do as follows: first, to kneel, and then bend down to kiss the floor and some time to harden in this position. This is what is called in Islam the earth's bow.
2
According to the rules and canons, every devout Muslim must five times a day to pray. Salat is ritual prayer, which includes the Commission in strict order of movements, for example, the waist and prostrations.
Also during Salat practiced reading a short prayer formulas and reading verses from the Koran. With regard to the inner side of prayer, its deeper meaning lies in the fact that praying focuses on what is reading, praying, and he should create a sense of that watching him Allah. Prayer can be done both collectively and individually. The latter is especially practiced in Islam during travel.
3
There are five most important for Muslim prayers: Fajr (dawn prayer), Zuhr (midday prayer), ASR (afternoon prayer), Maghrib (sunset prayer) and Isha (night prayer). In addition, in Islam you can say a prayer requesting rain, prayer at solar and lunar Eclipse. Plus, there are the obligatory prayers that need to be fulfilled collectively: Janaza-namaz, Juma prayer and Eid prayers. There are also special prayers Dua, which do not require special training or a certain ritual. For example: prayer when visiting the sick, prayer when visiting the toilet, prayer after meals prayer when visiting the graves prayer upon entering the home, prayer when entering the mosque, and many others.
Is the advice useful?
See also
Подписывайтесь на наш канал