What you need to know and to respect every Muslim

Islam is one of the youngest monotheistic religions. The first mention of it belong to the VII century. The founder of Islam is prophet Muhammad. Islam has a number of clear principles and provisions that are required to know and abide by every Muslim. 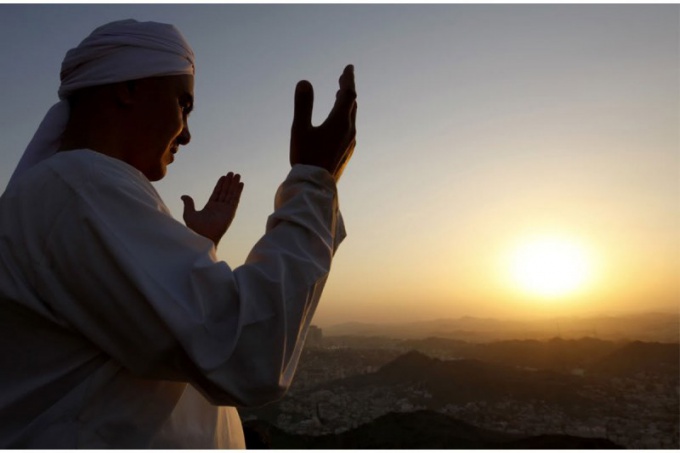 The basics of the Muslim's belief

First and foremost, every Muslim should know the so-called pillars of faith of Islam. Islam emphasizes five principles or pillars of faith that are based on the Holy Scripture of Islam – the Koran. The first pillar States that there is no deity except Allah. A Muslim believes in one God-the Creator of all things, and polytheism is considered to be one of the worst sins. A good Muslim also believes in the angels of Allah. The Quran says that the most close to the Creator of the angels, the angel of Revelation Jibril, an angel, a decision of Allah about the fate of people, Israfil; the Keeper of hell Malik; the angels who meet and interview the person after death, munkar and nakeer: the angels test Harut and Marut; the angel of death and guardian of heaven Israel.

The third principle of faith of a Muslim requires unshakeable belief in the prophets – messengers of Allah. Sacred Scripture and stories about the life of Muhammad enjoin Muslim to accept all the messengers of the Creator. More than 120 000, but the most faithful are nine. The "seal" of the prophets is Muhammad it was through him that Allah conveyed to the people the Quran.

The fifth pillar of faith is belief in the coming judgment day. Also every Muslim must believe that everything happens by the will of Allah. According to the Koran, Allah knows everything, and he who believes in him, he is on the right track.

What regulations must be obeyed by all Muslim

First of all, every Muslim needs to make Shahadah, i.e., to pronounce the funeral certificate, which States that there is no God but Allah and Muhammad is his messenger. At the heart of Islam lies the formula of monotheism, and saying the shahada, a person becomes a Muslim by testifying his fidelity to the one Creator – Allah.

A true Muslim should perform the prayer, i.e. to say a day in the appropriate ritual form five obligatory prayers. Thus, a Muslim communicates with God. Before the reading of the prayer the Muslim must carry out wudu – ablution. First have to read the prayer at dawn (Fajr), at noon, read Zuhr, ASR – late afternoon prayer, at sunset, read the Maghreb, night – Isha, the night, the Muslim is obliged to read the witr.

A Muslim is obliged to fast the month of Ramadan. During this period, Muslims give up food and drink, Smoking and intimate relations in the daytime.

A true Muslim is obliged at least once in life to make a pilgrimage to Mecca. Pilgrimage or Hajj is performed in the month of Dhul-Hijjah is the fourth month of Ramadan.

Also Muslims are obliged to make donations to the needy – zakat. The Koran says that a Muslim must not only perform the rites of prayer, but also to help those who needs help, or to help the community. Performing zakat, a Muslim purifies his soul.
Is the advice useful?
See also
Показать еще
Присоединяйтесь к нам
New advices