How to convert to Judaism

Any person who wishes to adopt Judaismmust go through the process of this conversion. A convert to Judaism is called due to the laws of the Torah, the act of turning non-Jew in Judea. It consists of several, and quite a complicated part, so it should be prepared in advance. 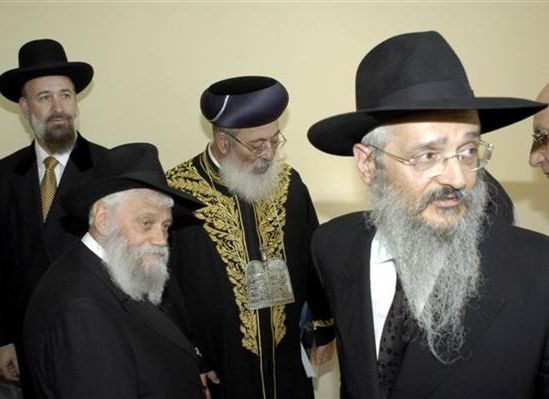 Related articles:
Instruction
1
Passage of conversion brings with it many difficulties, so now will be listed only the basic but the most important component of this process. For example, a person who wishes to adopt Judaism, must clearly and consciously decide to join the Jewish people, and strictly observe the commandments of Jewish life (Mitzvot). In addition, to devote you in the faith, the Rabbi must also be convinced of the sincerity of your desire in your preparedness to the Jewish way of life. For men necessarily commit a Brit Milah (circumcision that is). And for women and men equally important is immersion in the mikveh (this is a special pool filled with water and meets the requirements of the Torah). Once all that has been described, it will be done neida will become a hero, part of the Jewish people, and forever.
2
For a more complete understanding of the passage of conversion must elaborate on the decision and ability and willingness to comply with the new laws. When Judaisme is said to be aware of the solution, that is a lot of doubt, thinking, checks the time. The uniqueness of the same solution must indicate that the person is ready to live in Hebrew at 100 percent (assuming that it will be impossible to live the old way and new way at the same time, this option is completely excluded).
3
Will also need to be aware of the laws of the Torah (the laws of kashrut, Shabbat and so on). Moreover, you need to firmly understand that their compliance is a must always, at all moments of life without exception, even if it is associated with any discomfort. Now as for the ability to comply with the laws. To really be able, you will need to spend a huge amount of time (it can take anywhere from two to five years). Oh and don't forget about the knowledge of Hebrew. They need to possess to be able to read the Torah and to make daily prayers in the Siddur.
Is the advice useful?
See also
Подписывайтесь на наш канал