How to get a service contract

There are several variants of origin of service in the army. Or do you want to go to serve as an ordinary conscript, or contract (as a member or officer). Both the first and second case has its peculiarities which should be taken into account. 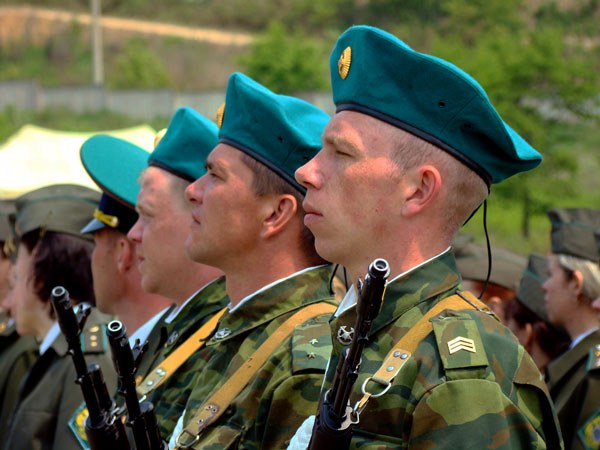 Related articles:
You will need
Instruction
1
Service on contract is becoming more and more popular among modern young men. After all, you can safely graduate from University and to settle in life, and then to join the army on a contract basis. To do this, in the military there is a special unit that deals with the collection contract. They have a list of vacancies from which the soldier can choose the most suitable option for him.
2
Go to the military enlistment office at the place of residence and inquire about the the Department dedicated employees on the contract. Here you will be offered jobs, of which pick one. For example, this may be the position of officer.
3
Go to a medical examination, pass all the necessary doctors, gather the necessary information. Take direction from the therapist, or in the military. You will need to take the help of an ophthalmologist, Laura, dentist, surgeon, neurologist and other specialists.
4
Then go to the part on the military requirement for a trial period, where you will determine how you approach them in the right condition, physical condition and other criteria. It is the part decides on the desirability of a recruit into military service on contract, if you do not come, come next time.
5
Do not despair if you did not take the service, we proceed to study in this institution where there is a military Department. After its successful completion it is possible to obtain the rank of Lieutenant in the reserves, and some universities already provide trainings for officers, the contractors charged with service in the armed forces for at least three years after graduation. At the same time, reserve officers may at any time to contract with the armed forces for a period of up to five years.
6
We proceed to study in higher military training institutions (for example, Suvorov or Nakhimov). This method is suitable for those who wish to build a career officer since childhood.
7
Apply for service in the Russian FSB after graduating from a civil University or secondary education. Of course, there is quite difficult to do, take into account the indicators of progress, strong-willed and psychological, sports achievements, and skills.
Note
Border service is recruited contractors through its own management instead of through the military.
Is the advice useful?
See also
Показать еще
Присоединяйтесь к нам
New advices