How to get MIA to work

The Ministry of internal Affairs or Ministry of interior (official short name) is a law enforcement Agency of state government created to ensure the safety of the individual and society, fight crime, protect civil rights and liberties. 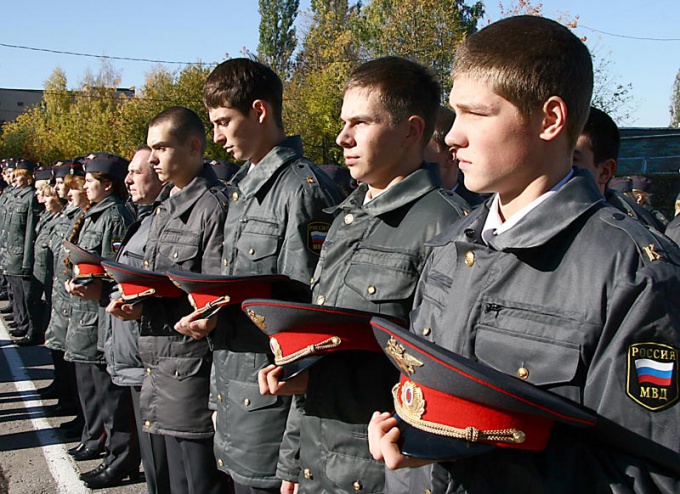 Related articles:
Instruction
1
Long service in the MVD was regulated by the Law "About militia" and, accordingly, employees of the interior Ministry were police officers. Under the new Law "On police", adopted in February 2011 and entered into force on March 1, police officers that have passed extraordinary certification, will continue to service the police now. On the basis of the tasks entrusted to the bodies of internal Affairs, service in the Ministry of interior provides that the police have additional rights and responsibilities compared with ordinary citizens. In this regard, not everyone wishes to serve in the Ministry of interior may be employed. Position about service in bodies of internal Affairs provided the following requirements for persons wishing to serve in the militia (police): citizenship of the Russian Federation, legal capacity, no criminal record, not older than 35 and not younger than 18 years of age. Also, take into account personal, business and moral qualities of the candidate.
2
If you wish to serve in the interior Ministry, first write a statement for consideration of your documents, fill out the form, write an autobiography and submit to the personnel division. Also provide a passport, documents about education, work record (if available) and military ID. Application form, questionnaire and requirements to writing of the autobiography is given in the Order of the Ministry of interior No. 386 dated 19 may 2009.
3
If at this stage there were no barriers to your desire to serve in the militia (police), then in accordance with the direction issued by go through the military medical Commission, which will determine whether you are able for health reasons to serve in the Ministry of interior, and simultaneously pass the test in the center of psychophysiological diagnostics of professional suitability.
4
In the next stage, check the standards on physical fitness. Also, be prepared for the fact that in respect of candidates verification of the information specified in the application form and curriculum vitae, as well as checking the place of residence of relations with neighbors and the family to establish personal and moral qualities. So do not hide anything and the questions are answered truthfully.When all checks are successfully passed, sign a contract about the service, take the oath and serve the Law!
Is the advice useful?
See also
Показать еще
Подписывайтесь на наш канал