How to sew straps onto the form

For those who first encounters with the necessity of bringing the uniform in proper form, the question of how to sew the shoulder straps, can be quite difficult.
Should first deal with the available methods of attachment of the shoulder straps to form. 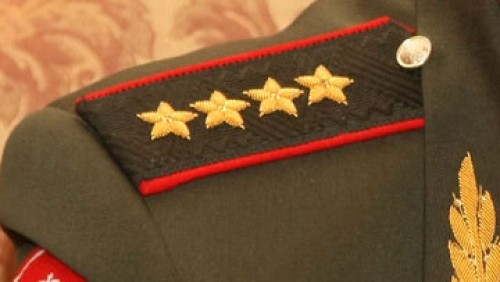 Related articles:
You will need
Instruction
1
The shirt straps are not sewn. They can be secured with ordinary paper clips, threaded through a button in pursuit. Then it is passed through the corresponding slits on the shoulder of his shirt, and just crushes in. It's a way for the lazy. If once instead of clip to sew a button on a small thread shank, the shoulder straps can be repeatedly unfasten and fasten back.
2
To understand how to sew the shoulder straps have only the example of his jacket and clothing. This is laborious and takes a certain period of time. Pleases only the fact that this is done for a long time. Universal and the only correct answer to the question about how to sew the shoulder straps, can give only the order of the Department, which is painted, on what distance from the side seam at the shoulder is sewn the shoulder straps.
3
Epaulet is the lower part to the focus of the transverse seam connecting the sleeve with the shoulder of his jacket. Horizontally on the shoulder straps is sewn so that its upper edge at 1 cm came from above on the transverse shoulder seam. Thus, between the button on a shoulder strap and side seam remains at a distance of 5 mm. Then the shoulder straps is stitched through and through along the line of connection of Kant and the main part of the ring. On top of the size of the stitches should be very small, not evident, and the company commander or the Sergeant wasn't able to get them off. As the straps tight enough, in order to pierce them with a needle, you will need a thimble. The best option is to slightly push the outer fabric edge of the ring, hiding their base, and, threading the needle exactly in the holes of the seam.
It's a way for those who want to learn how to sew shoulder straps on his jacket or any other uniform.
Useful advice
Sometimes the needle gets stuck firmly in the pursuit and if the fingers are not very strong, it is easier to pull it out with tweezers or pliers.
Is the advice useful?
See also
Показать еще
Присоединяйтесь к нам
New advices