How to fix the stripes

Received the honorary right to wear the stripes with the next military rank, a soldier (corporal, Sergeant, Sergeant) should know how these distinctions can be attached to your shoulder straps. Because in the military every little detail of a form or ammunition plays a huge role. To violate the unwritten laws of the army of fashion - is to become the subject of much ridicule and jokes. 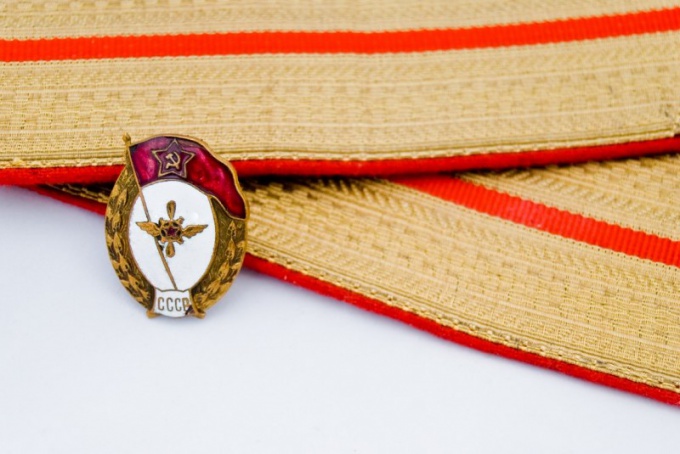 Related articles:
You will need
Instruction
1
Choose the stripes that match your new title and format type. In field conditions it is necessary to "earn" insignia on the stock, large garrison you can visit the local px. For field forms are provided merging with it's stripes grey-green in colour, for the front - shiny Golden. Do not forget that the armed forces are now universally accepted stripes "angle" and not lateral stripes that adorned the insignia of the Soviet military, but now used only in the interior Ministry.
2
Take the shoulder straps on which to attach the stripes (well, if it is not attached to your form). Before making a hole, you need to figure out where to get the legs licek. So first bend those legs so that they are formed by stripes straight angle, and then put to the chase, noting at what point rests on each leg and marking these points with a pencil.
3
Follow in pursuit of the holes, using the awl or any other sharp instrument. Make sure the hole was small and neat - in this case, they will not be noticeable, and the stripes will be then hold on tight. If you mount the stripes to about the "epaulettes" field of the form, then pierce right through him is not necessary - enough to make a hole in the top, then the remaining over the actual ring.
4
Licek insert the legs into the holes that you did in the pursuit. Make sure stripes is sitting firmly on the pursuit, and then bend the legs so that they adopted the original position (parallel to the surface of the ring). The work on the mount licek on the shoulder straps is almost completed, it remains only to attach the shoulder straps to the form (if it has not already been sewn to it) and evaluate its appearance with a new insignia and a new military rank.
Useful advice
Atribuite legs licek smoothly and carefully - they are known for their fragility and can easily be broken off, for that same reason, try not to change their position more than once.
Is the advice useful?
See also
Показать еще
Подписывайтесь на наш канал