How to sew aglet

Aiguillette (from the German achsel, the shoulder, and band - tape, braid) cord, braided from strands. As a rule, the aglet is a gold, silver or white with metal tips. Usually it is attached under the epaulet to the right side of the uniform. 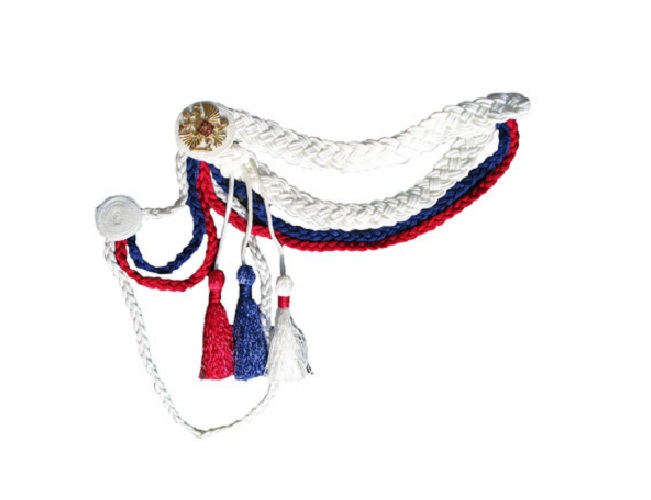 Related articles:
Instruction
1
Aglet refers to men's military uniforms. Before the revolution, the aiguillettes were part of the uniforms of generals, officers of the General staff, the highest military ranks. In 1972 there was a decision about what aglets are allowed to carry personal structure of the mouth of the guard, and in addition, the combined orchestra of the Moscow Garrison.
2
Aiguillettes first appeared in seventeenth-century Europe. There are many different versions of their origin. Some experts believe that the aglet was a special device for measuring distance, and at its ends is attached to a no metal bits and pencils. Proponents of the hypothesis believe that the knots appeared during the war of Spain and the Netherlands. In this period the Dutch tried to defend their freedom, and the aglet was a symbol of their readiness to die by hanging, but remain nearabsence. Some historians believe that the knots appeared after musket arrows began to carry on the shoulder a coil of cord, intended for the manufacture of wicks.
3
Today, in some countries aglet remains part of the ceremonial uniforms, but some fashion designers have already adopted this idea and use the braid as decoration in their collections.
4
There are many types of braid, but the way they sew not differ significantly. The main principle is that the aiguillette is sewn under the right epaulet (it is uniform). It will have to unpick the shoulder straps partially or completely. Then you need to take the loop over the metal tip (cartridge) and put it under the collar so that the end tip was at the level of the lower edge of the pocket. Then it is necessary to fix the second end of the aiguillette on the shoulder and sew the shoulder straps.
Is the advice useful?
See also
Присоединяйтесь к нам
New advices