How to determine the rank on the shoulder straps

For a military man to determine a rank on the shoulder straps will not be difficult. This is the first that remembers soldiers, teaches a cadet in the police, remembers the sailor. But the persons civil's stripes and stars on the shoulder straps is very often nothing to say. But in life everything can be useful, and it is not superfluous to know that means military symbols. 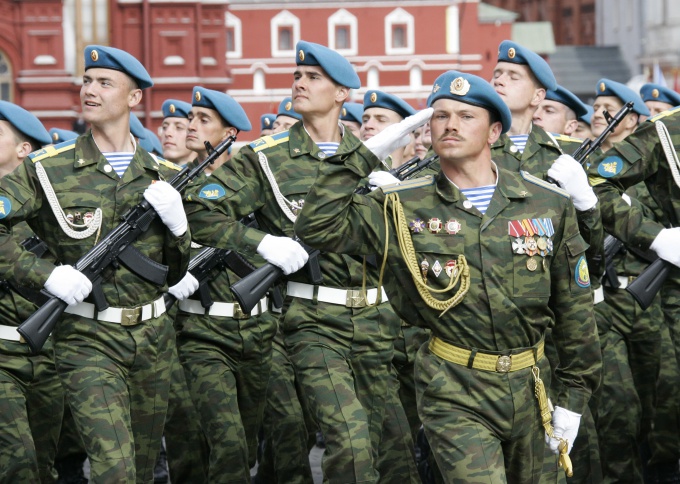 Related articles:
Instruction
1
Insignia on uniform of the soldiers of the army and Navy are the same. The only difference is the title. In addition, the ground units have a unit on everyday and field uniforms. The difference is that on the shoulder straps casual tunic indicated the letters of the armed forces (armed forces), and the camouflage of these characters are not present, leaving only the stars and stripes. In naval forces of this there is no difference. On all shoulder straps, except the elder and senior officers, there is the letter f (fleet).
2
Army soldiers can be distinguished from all other titles is very easy. On his uniform no Lychak, no stars. Only the abbreviation of the armed forces in the form of everyday clothing. In the Navy corresponds with the title of sailor.
3
Corporal rank over the soldier. One on his uniform insignias. On the ship, the corporal called a senior sailor.
4
The younger Sergeant and Sergeant's stripes two and three respectively. In a marine army these ranks correspond to the foreman of the second article and the foreman of the first article.
5
The senior Sergeant was one wide insignias, petty officer has two stripes - wide and narrow. Marine ranks - the chief petty officer and petty officer.
6
Warrant officer and senior warrant officer on the shoulder straps already have little stars. The two of them warrant officer, senior warrant officer three. The stars are arranged one behind the other parallel to the long edge of the ring. On the ship they call the warrant officer and senior warrant officer.
7
All Junior officers is on the shoulder straps and stars. The members of the army, they are distinguished by a red longitudinal stripe, passing through the epaulette.
8
Second Lieutenant has one star closer to the center of the ring. Lieutenant - two stars pinned across the chase, Lieutenant - three, placed in a triangle. The captain on the shoulder straps with four stars. In the naval forces the title match land. Besides the captain, there he is called captain-Lieutenant.
9
The senior officers of the stars on the shoulder straps are larger and red longitudinal stripes two.
10
The major has one star in the center of the epaulet. Lieutenant Colonel - two stars, located across the chase. Colonel - three stars pinned in the shape of a triangle. In the Navy these positions correspond to the rank of captain 3,2 and 1 rank.
11
Epaulettes senior officers decorated with the biggest stars. Red ribbons on the shoulder straps no.
12
Major-General has one large star in the center of the ring. Lieutenant General - two stars, parallel to the long edge. General-Colonel - three stars, coming one after another. The army General pinned on the shoulder straps, four large stars, arranged one behind the other in a straight line. At sea there are generals instead of admirals. Their rank, rear Admiral, Vice Admiral, Admiral and Admiral of the fleet respectively.
Is the advice useful?
See also
Показать еще
Подписывайтесь на наш канал