Prayer: what it is and how to read it

The five-time prayer is called an act of worship to Allah. According to the rules of Islam, namaz should make any adult Muslim who is of sound mind. This procedure is one of the most important in the Muslim faith. 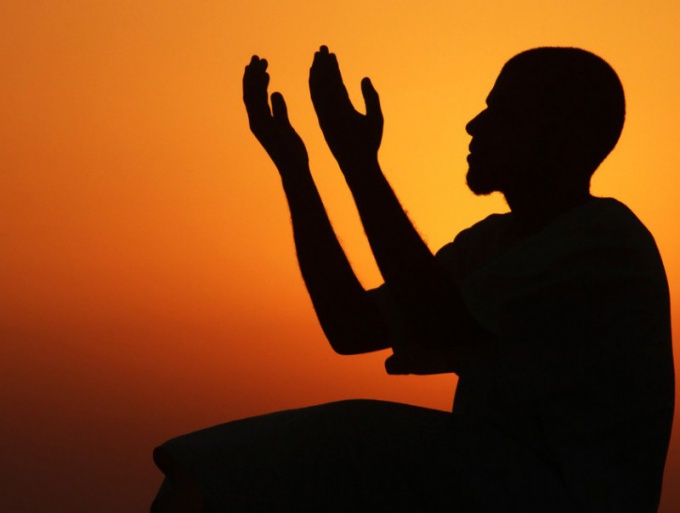 What is the prayer?

Prayer is the main prayer for all Muslims. Performing the prayer, every Muslim must sincerely turn to their God, offering Him praise and confirm their obedience and their loyalty to Him. That is why reading this prayer can only be an adult Muslim of a sane mind and sober memory. As performing five-time prayer is one of the obligatory pillars of Islam, the Muslims usually pre-plan your day so that nothing would hinder their prayers.

How to read namaz?

Namaz is read in some time. Before reading the prayer, a Muslim must be purified, i.e. ablution. Prayer is not recommended to commit in clothes with pictures of animals and people. During the reading of the prayers cannot be distracted by carnal and other needs.

One of the important features in performing this ritual is praying. The fact that the body and the sight of a Muslim should be facing straight in the direction of the Kaaba, ie towards the Sacred Mosque, in Mecca. A Muslim is obliged to know the direction of Mecca, even if he prays far away from their country or even on another continent. This helps him to certain guidelines.

Muslims living in different countries, say their prayer at one and the same language – Arabic. However, this does not mean that it will be enough just to memorize incomprehensible Arabic words and pronounce them. The meaning of all the words that make up the prayer, it should be clear to any Muslim who reads it. Otherwise, namaz will lose any action.

In principle, the reading of this prayer between men and women is not much different, but it has its own peculiarities. Men performing Salaah, should ensure that their shoulders and part of the body from waist to knees was covered with clothes. Before you begin to read the prayer, a Muslim must clearly speak the name, then raise your hands to the sky, bent at the elbows, and say "Allahu Akbar". After the glory of God is expressed, he who prays must lay down their arms, the right hand covering the left, and say the prayer.

Men do not have to pray aloud, just move your lips. After reading the prayer, a Muslim male must commit waist bow, keeping your back straight, and again to say: "Allahu Akbar". After this, they need to make a prostration: the first man touches the earth with fingers, then knees, forehead and nose. In this position, he should again pronounce the glory of Allah.

The reading of prayers by women has its own peculiarities. Most importantly – the clothes. At the praying women should be open only the face and hands – no more! In addition, during the execution of the bowing women are advised not to keep your back so straight as men do. After making a prostration of a Muslim woman is obliged to sit on the left leg and send both feet to the right.
Is the advice useful?
See also
Подписывайтесь на наш канал