What customs do Muslims have

Islam (or Islam) is the youngest of all world religions, in Arabic, means "submission to the will of God." The Muslims there are many customs and traditions governing everyday domestic sphere of human life. 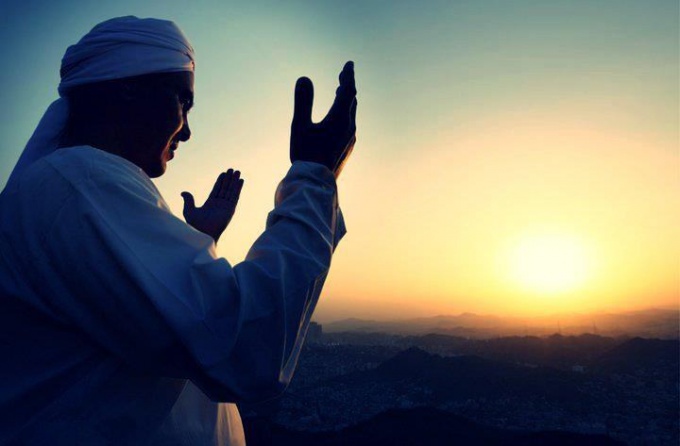 Related articles:
Instruction
1
Muslim customs related to weddings, funerals and daily household chores, plays a large role. Every Muslim must profess the following principle: "there is No God but Allah, and Muhammad is his prophet". So, the tradition of prayer is obligatory for every person practicing Islam, praying 5 times a day: at dawn, at noon, at sunset, between sunset and bedtime. To pray best at the mosque, but can be at home. It is necessary to undergo the rite of purification, which involves washing hands, feet and face.
2
The only day in the week when a Muslim is obliged to visit the mosque is Friday. When you enter the temple you must remove your shoes and women must be in a long garment covering the head and hiding the legs. From the minarets in mosques inform you that prayer time has come. In the mosque Muslims are required to face the mihrab.
3
In the 9th month of the Muslim calendar from sunrise to sunset Muslims should completely abandon the drink and food, bathing, use of perfume and sexual relations. This time devote the work, the prayers, reading the Quran or meditating on God and his laws. Just after sunset, Muslims can eat.
4
Lovers are said to be connected marital knot only after the ceremony of nikah. The tradition includes the observance of several conditions. The groom must pay the bride a dowry, which can be both symbolic and have a certain value. The marriage ceremony required the presence of any male relative on the bride's side, and the presence of Muslim witnesses, one on each side. The most important thing in the tradition that young expressed a desire to live the family life and enter into the wedding Union. While the official notification of the marriage is not required, the young receive a certificate after reading Mulla fourth Sura of the Koran, which refers to the rights of men and women in marriage.
5
The Muslim custom of circumcision of the foreskin is called Sunnat. This procedure is applied to boys aged 7-10 years. Traditionally it is believed that the rite characterizes the national and religious affiliation Muslim men.
6
Pre-Islamic traditions are manifested in the burial custom of Janaza-namaz, according to which it is necessary to bury the deceased as soon as possible within 24 hours after his death. The body is being sprayed with the spices and camphor on the deceased and recite prayers for a few people.
7
The tradition of zakat (alms) is that 2% of its annual income Muslims give it to the judge for spending on the poor and those in need of God's help.
8
The rites of the Hajj, i.e. the pilgrimage to Mecca, obligatory for every Muslim at least 1 time in life. To make it you need only to 12 month of the Muslim calendar in special white clothes. In Mecca 7 times you need to walk around the Kaaba, a Muslim Shrine in the form of a Cup, and kiss the black stone in this Cup.
Is the advice useful?
See also
Присоединяйтесь к нам
New advices