The train is one of the most popular modes of transport for travelling long distances within Russia. Thus if the train is familiar to anyone who often travels in such a way that a train ticket today may look different. 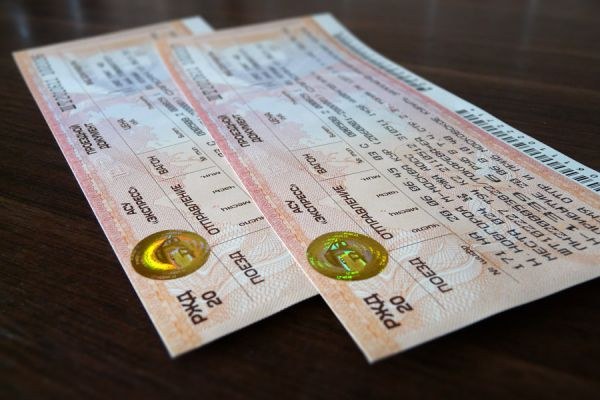 Ordinary ticket on the train, which can be purchased at the ticket office, not too changed their appearance in decades. It is traditionally printed on a special form, the color of which depending on the printing office where it was issued, can vary from pink to almost orange. In the upper left part of the form the inscription "Russian Railways 20' and then to the right of it is a holographic emblem with the image of the train, and the inscription "ACS "Express" and "Travel document". In the top right of the ticket is an identification number that is unique code specific travel document.

"Cap", below, indicates what information is in the line under it. In particular, it indicates the train number, date and time of departure, number and type of the car. In addition, this line contains the cost of the ticket and reserved seat, which together amount to the total price payable and the number of passengers who can travel on this ticket and fare type.

The rest of the ticket contains additional information about the route and the owner of the ticket: departure station and arrival space, the name and surname of the passenger, the total cost and the services included in it. The last line of the ticket indicates what time the arrival and departure of trains; in Russia most often used Moscow time.

Russian Railways strive to meet the requirements of the time, so today on virtually any domestic or international train, you can buy electronic ticket directly on the website http://rzd.ru/, paying by credit card. After selection and payment of the required route to the passenger's personal account on the website will appear in the form of the purchased ticket.

It is a form of A4 size, in the upper part of which contains the words "Electronic ticket number", below which is duplicated in English, as well as the actual number of this ticket. The following is the same information that contains the standard travel document, but they are grouped in a slightly different order. So, basic data about the route is given in the table that is directly below the ticket number and additional, such as the carrier name, date of ticket issuance and other under the table.

The key point that you should pay attention to when using the electronic travel document - line "Status of the electronic ticket", located directly under the table with the basic data about the trip. In case, if there is a mark "Passed the electronic registration, you can go to the landing with a printout of the ticket and passport. If such string in this place there, you must first contact with the printout to the ticket office to get the standard document.
Is the advice useful?
See also
Показать еще
Подписывайтесь на наш канал