Can I buy a ticket on the train in advance

In the recent past, the question of whether to buy a ticket on the train in advance, not standing. Tickets for the train I bought just before the trip, and some of them did and were suitable only for a specific time. Today for the convenience of passengers the possibility to buy tickets in advance, but not on commuter trains. 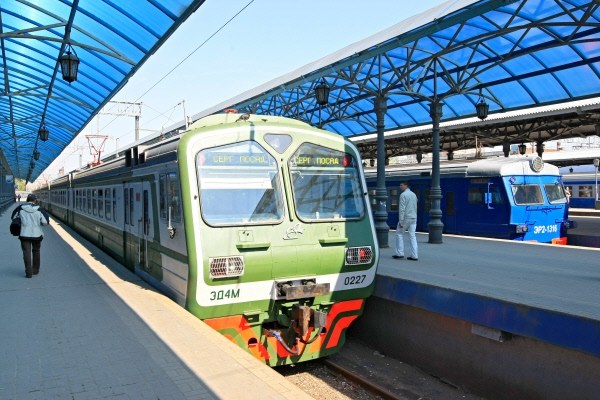 Officially referred to as train cars with unnumbered seats. It is with the "nanometrovomu" places is the reason that sometimes sell more tickets than there are seats, and the people have to stand. All the routes followed by these cars are divided into two types: middle and long distance. Train on short-haul tickets can be purchased only on the day of travel, and train on long-haul tickets available for 7-10 days before departure. The exact period depends on the route of the train.

To find out exactly what kind you need to train middle or long distance, it is recommended to contact the reference station or commuter tickets.

Commutation ticket on the commuter trains of distant following it is possible to buy for 30 days before you travel.

To buy tickets at railway stations at the ticket office near following, as well as in vending machines at some stations in major cities. If Windows not working, and the vending machines at the station no, then buy a ticket you need to have the controller in the train. Such travel is not considered to be without. But if you don't take care of the ticket in advance, although it has all of the features the controller has the full right to fine you. The delay and the lack of time on ticket purchases are not considered valid reasons.

Some categories of citizens on a discounted or free travel on commuter trains. These tickets, despite the fact that they are worthless, usually you can only buy on the day of travel, but if the beneficiary resides in the Federal district (Moscow and Moscow region), he can buy the ticket 10 days before travel. The beneficiaries of St. Petersburg and the Leningrad oblast can buy tickets only on the day before the trip, not before.

The validity of single tickets

One-off is the ticket on which you plan to make one trip. There are two types of single tickets: one-way or in both directions, "there and back".

If you bought a ticket for the train that is sent at the right date, but arrives the next day, but the ticket validity period is automatically extended prior to the arrival of the train.

The validity of single tickets varies somewhat. Regular single tickets are valid only within the date that is written on it. The ticket round-trip ticket valid for 2 days from 00:00 of the day on which it was purchased. Weekends and holidays usually increase the validity of the ticket, but how exactly days, it is better to clarify at the box office, since every holiday has its own calculation rules. For example, under this rule, you can buy a ticket "there and back", to leave it on Friday and return no later than Monday.
Is the advice useful?
See also
Присоединяйтесь к нам
New advices