How to read train tickets

Railway tickets areprinted on an electronic terminal, represent the three fastened together with a coupon slip. The first coupon keeps cashier, the second when taking the train, taking the conductor, and the third remains with the passenger. To avoid errors in the design of this travel document, you must know how to decipher the information contained in it. 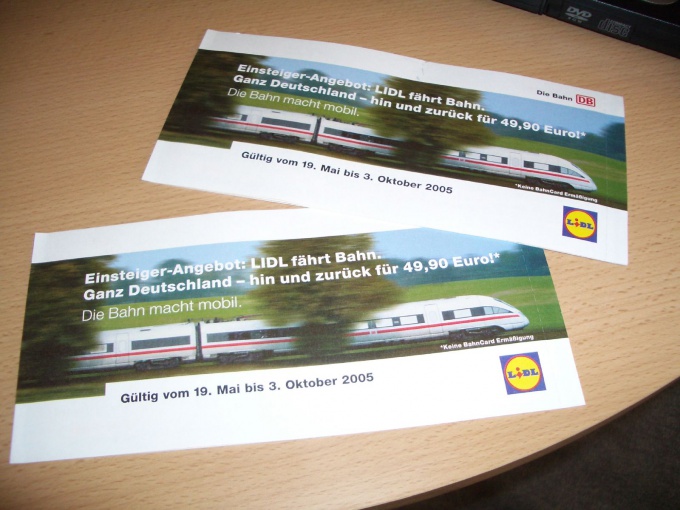 Related articles:
Instruction
1
Note the first line located directly below the header of the document. To decrypt it easier, because the symbols in the table refer specifically to her. Three digits and the first letter indicate the train number, the second letter – train thread. Further, the prescribed date (day and month) and time of departure of the train from the boarding station. After the time of departure is the number and type of the car, the ticket price and the reserved seat ticket in the currency of the country where you were issued the ticket. Then indicate the number of people entitled to travel on this ticket and view the ticket.
2
Look at the second line: if the train is on the territory of Russia or the destination station will be the territory of another state, the names of the stations of departure and destination, abbreviated to 12 characters, will be shown here in the Russian language. For the names of the stations followed by their seven-digit codes. If the train company, in the same line will have the "Firms" and trains superior will be marked with the word "Express".Check the number of seats indicated in the third line. If the ticket is issued from an intermediate station, the line will be written "Places specifies the file Explorer. Next, you will see protective SZD symbol and the abbreviated name of the road that belongs to your car.
3
Check the fourth line of the security code of three symbols. It is applied for the detection of forged documents. In front of him are 2 letters and 6 digits indicating the series and number of blank ticket. Letter and number coming next, indicate the code and sequential document number for the sale. The next seven digits is the number of the request. After them you can see the date and time when issued the ticket. Further codes are printed centers sale, issuing the ticket and issuing site, a number of point of sale and ticketing point-of-sale terminal. The symbol "N" printed after the sign " / " indicates that calculation of fares was made in the national currency.
4
Check the passport details with the figures noted in the fifth line of the ticket. After designating the document are his series and number. After the "/" symbol reflects the name of the passenger, and at the sign "=" are his initials.
5
The sixth line shows the total cost of the ticket and the currency in which it is designed. If a ticket is issued in another state, you will see the cost breakdown, consisting of the prices of the ticket and reserved seat ("TAR - tariff value) value of Commission, and insurance fee ("KSB" and "STRB") and cost of service ("USL"). If you will be riding in the car with additional services, check the presence of a character "U". After it should be reflected in the number of supply kits that you should provide.
6
Specify the time of arrival of the train at the destination, looking at the seventh row. It is indicated only in case if the shipment was made under the old schedule, and the arrival of a new one. If the train number has changed in its route, it will specify before arrival time. In the eighth line shows the arrival time of the passenger at the destination: Moscow or locals.
Is the advice useful?
See also
Подписывайтесь на наш канал