"Lactase": instructions for use

"Lactase" is a biologically active food additive, which represents an additional source of the enzyme lactase. The drug is used to eliminate lactase deficiency in children from birth to 7 years of age and in adults. 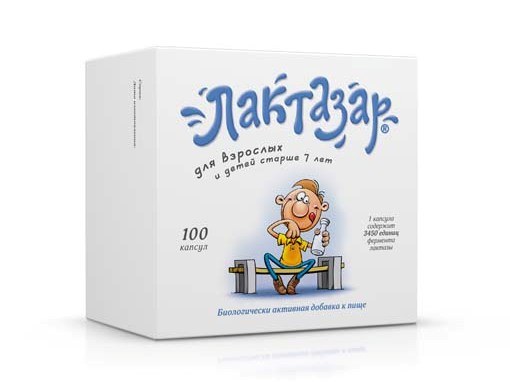 Related articles:
Instruction
1
"Lactase" for children under the age of 7 years applies to the lactase deficiency, which manifests as colic and intestinal disorders. The drug should be given to the child before each milk feeding, pre-dissolving the capsule contents in milk or milk mixture. As indicated in the instructions, "Lactase" reduces the amount of undigested carbohydrates in the intestine of the child, splitting the lactose contained in milk. Due to this, we are gradually eliminating the symptoms of lactase deficiency: disappears diarrhea, and intestinal colic, flatulence and vomiting.
2
Children under years residing on breast or mixed feeding, before feeding give 1 capsule dissolved in 5 ml of water or expressed milk. Children up to years, on artificial feeding, the contents of the capsule dissolve immediately in warmed milk mixture. Milk to give the child a few minutes after dissolution in the capsule, using a spoon or a bottle. In accordance with the instructions to "Lactase", cancellation supplements must be implemented gradually, as the introduction of complementary foods and reduce the share of dairy products in the diet of the child.
3
Children from 1 year to 7 years "Lactase" should be before consumption of milk, dairy products and foods containing milk. Children at the age from 1 year to 5 years the capsule contents diluted in warm milk or other dairy products. Children from 5 to 7 years can be taken capsules "Lactase" in whole or in diluted form.
4
Adults and children older than 7 years, the drug may be administered with a lack of the enzyme lactase, which is manifested in the form of increased gas formation, discomfort in the gut unstable chair. Capsules can be taken orally or dissolve their contents in milk and foods containing it. During each intake of dairy products should be consumed one capsule of "Lactasoy". Deficiency of the enzyme lactase can occur in chronic and infectious diseases of the intestine, as well as during recovery. "Lactase" may be assigned to the normalization of the bowel during this period.
5
"Lactase" does not apply to people with individual intolerance components. Before using supplements you should consult with your doctor. Side effects "Lactater" can manifest as allergic reactions. In case of Allergy to the drug, discontinue its use and seek medical attention.
Note
In one capsule "Lactater" for children contains 700 units of lactase enzyme. Drug for adults and children older than 7 years is produced in greater dosage: 3450 units of the enzyme per capsule.
Is the advice useful?
Подписывайтесь на наш канал