What products are laxatives

Constipation is not always a symptom of diseases of the gastrointestinal tract is often the result of a sedentary lifestyle, insufficient fluid intake and poor nutrition. To get rid of constipation in this case can be, adjusting the diet and by including in the diet foods that have laxative effect and improves the digestive system. 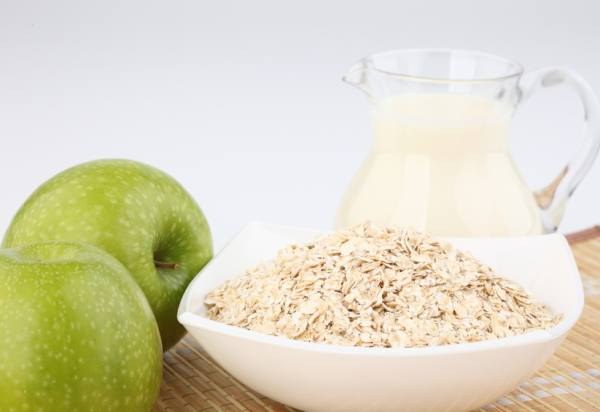 Related articles:
Instruction
1
To work bowel help foods that contain a lot of fiber. Vegetables, fruits and cereals rich in dietary fiber, improve intestinal peristalsis. In addition, the tissue is able to swell and absorb water, softening the stool and easing their passage through the intestines, and create a fertile environment for beneficial bacteria.
2
A lot of fiber contained in the bran, oat, buckwheat, pearl barley and some other cereals, so the diet can include bread from wheat flour with bran, buckwheat, barley, oatmeal and oat porridge, boiled brown rice, and bran in its purest form – you can buy them at the pharmacy and use, brewing with boiling water.
3
Also a lot of fiber in vegetables (cucumbers, cabbage, squash, pumpkin, beets) and fruits (apples, pears). Better to eat vegetables and fruits fresh with the peel, for example in the form of salads. Pumpkin and zucchini can be eaten stewed or baked form. A great dish for those suffering from constipation – millet porridge with pumpkin.
4
Well normalize the microflora of the intestine and have a laxative effect dairy products – yogurt, fermented baked milk, sour cream, natural yoghurt. But whole milk is better not to use – getting rid of constipation, it can also bring unpleasant surprises in the form of increased gas and diarrhea.
5
You can include in your diet foods that have choleretic action – the honey, vegetable oil, egg yolks, lard, and spices such as cumin, fennel, coriander. For getting rid of constipation these products use disposable, preferably on an empty stomach. However, when diseases of the gallbladder and liver to use them with caution.
6
Prunes, apricots, plums and apricots also have the ability to eliminate constipation. Recommended, in addition, sauerkraut, cucumber pickle. Thus it is better to not use a brine from the pickled, and pickled cucumbers in marinade too much vinegar, which can irritate the stomach lining and intestines. You can also get rid of constipation include a diet of flax seed you can add it to cereal and salads and can be consumed in its purest form, brewing with boiling water and infusing for several hours.
7
Drink for constipation are recommended the fruit juices, jellies, compotes. Great tools for the normalization of the bowel – warm water with honey, whey, home-made kvass, non-carbonated mineral water.
Note
Help with constipation foods rich in magnesium are the same cereals (buckwheat, oats), nuts, legumes.
Is the advice useful?
See also
Подписывайтесь на наш канал