How to get to Odintsovo

Odintsovo is one of the smaller cities near the capital, is one of the administrative centers of districts of the Moscow region. It is just 4 km from MKAD. 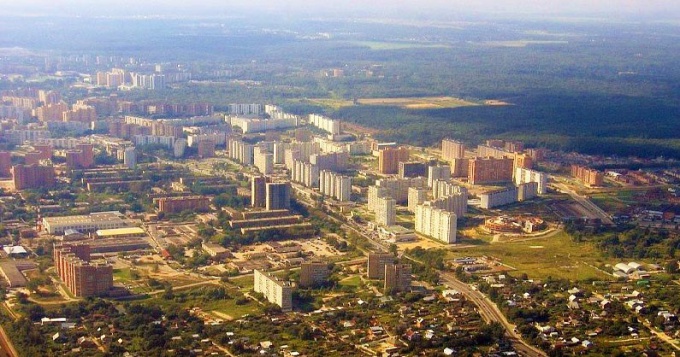 Related articles:
Instruction
1
To get to Odintsovo by car, bus and rail. To get to Odintsovo from Moscow by car, you need to go on Kutuzovsky Prospekt in the direction of Mozhaisk highway. Go along it to the intersection with the ring road, pass the roundabout, then turn right on the overpass. You will be taken to the Mozhaisk highway, and after 2 km you will enter in Odintsovo. Mozhayskoe highway is the main street of the city, which is the most important buildings of the city.
2
Also to Odintsovo, you'll be able to get on the bus, who go from Moscow. Most buses depart from the Poklonnaya Gora, which is located near the metro station "Park of Culture". From metro you have to go Barklaya street, right of way, there are usually buses to Odintsovo. The route number of this bus 339, and in Odintsovo this bus is on the streets North and Zhukov. There is a bus to 23:45 every day, the range of motion for about 10-15 minutes, the road a little over an hour. The fare - 60 rubles one-way.
3
From the metro station South-West to of Odintsovo can be reached by bus 461, the travel on it also costs 60 rubles, and to go to Odintsovo in just 20 minutes. The final stop of the bus in Odintsovo is a city administration.
4
From the metro station Molodezhnaya you will be able to go to Odintsovo on the bus 418. However, he goes much less often than other intervals of 25-30 minutes, and in the evening more. In Odintsovo the bus passes through the Station street and the final stop at the railway station of Odintsovo.
5
Most of the buses on the way to Odintsovo, we stop in small towns and villages of the district. For example, Zvenigorod, Vlasikha, Ershovskoe, Uspensky, and others.
6
In the city there are 4 railway stations, which can be reached by trains and trains from Moscow. Station pleasant, Bakovka, Odintsovo equipped with turnstiles. Trains depart from Belorussky train station, from the stations Fili, Kuntsevo, Jogging, working village and Setun, in the way from 20 to 40 minutes depending on the platform on which you will sit in the car.
7
Near the Kutuzovskaya district of the city there is a station Trekhgorka, it is also possible to come by train, but there are no turnstiles, but there are ticketing services. This station is often a lot of tourists because it is convenient to take trains in the direction of Minsk, no need to take the subway to Belorussky station. Trains in Odintsovo there are also from early morning until late evening, and the ride to the city takes less than one hour.
Is the advice useful?
See also
Показать еще
Подписывайтесь на наш канал