In Moscow to get to Belorussky station

Belorussky railway station – one of nine railway gates of Moscow, through them every day is up to 300 thousand passengers. From here you can go by train to Ukraine, the Czech Republic, Austria, Germany and, of course, to Belarus. The station is located in the city center, so you can reach it fast enough. 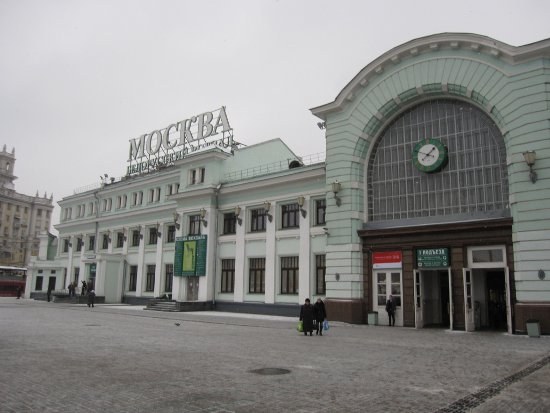 Related articles:
Instruction
1
Just to get to Belorussky station with the help of the Moscow metro. Near the train station is just two metro stations: "Belorusskaya", referring to the Koltsevaya line and Belorusskaya related to Zamoskvoretskaya line. Thus, the traveler enough to be in one of these metro lines to get to the station.
2
A few months ago near the Belorussky railway station has been restored the movement of trams, but the final stop turned out a dead end, because the ring the authorities could not be found. Thus, to get to Belorussky station, take tram number 9 "MIIT – Lesnaya str", drive to end deadlock "Lesnaya", then walk another 700 meters to the train station.
3
To get to the Belorussky railway station you can use buses, taxis and trolleybuses. There are three stop "Belarusian station", located on three different streets. One of them is on the street the Georgian Shaft, there is a bus stop No. 12 and No. 116, trolleybuses №18 and №54, and also minibus №№ 254, 318, 461, 545. Another is located on the street 1st Tverskaya-Yamskaya, buses №H1 and No. 12C, as well as trolleybuses №1 and №12. The third stop is on Leningrad prospect, it can be reached by bus №№ 27, 82, 84, 904, 905, trolley buses №№ 20, 70, 82, and fixed-route taxis №№ 453, 593.
4
Through the Belarusian station is a huge number of trains, connecting the remote areas of Moscow and its suburban settlements. In addition, if the passenger had arrived at Sheremetyevo airport, and he must take the train departing from Belorussky railway station, he may use Aeroexpress trains plying between the two important infrastructure facilities.
5
Finally, the easiest way to get to Belorussky train station via taxi. Experienced drivers know where all of the urban stations, and quickly deliver the passenger to the destination.
Is the advice useful?
See also
Показать еще
Присоединяйтесь к нам
New advices