How to get to Belorussky station in Moscow

Belorussky station is a railway station located in Moscow, Tverskaya Zastava square, 7. Working around the clock. From the station you can go to Belarus, Czech Republic, France, Italy, Lithuania, Germany, China and such Russian cities as Kaliningrad and Smolensk. 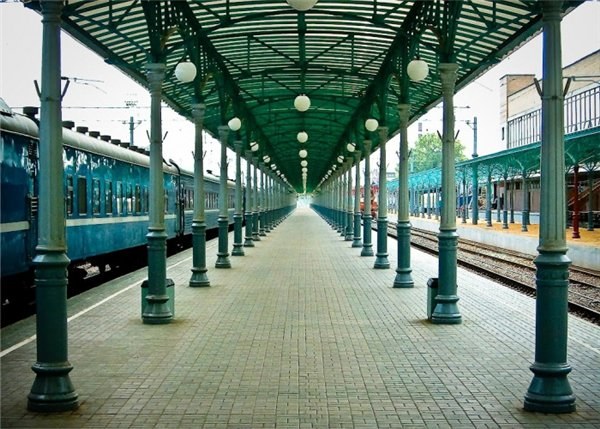 Related articles:
Instruction
1
To Belarusian station can be reached by metro, bus, route and ordinary taxis. The safest and fastest way, of course, are the trains in the subway. The absence of traffic jams and high speed transportation helps you quickly drive to the designated point. Near the station are two metro stations, this - Belorusskaya on the circle line and "Belarusian Radial", part of the Zamoskvoretskaya line. The last station has one exit leading to the station building, the "Belarusian" two ways — on the street Georgian Shaft and the station square. From all other railway stations of Moscow Belorussky can be reached by direct metro line.
2
From airports to Belarusian station can be reached by Aeroexpress, bus and taxis. From the airport "Sheremetyevo" daily go bus routes numbered 851 and 851Э and minibus taxi №949. You have to get to the metro station "Rechnoy Vokzal", there take the train and ride to destination.
3
Also with transfers from airport you can go by bus №817 and route taxi №948. When selecting these flights should go to "Planernaya" metro station, take the train to "barricade". At this station take the train with direction to "Krasnopresnenskaya" metro station "Radial". The most convenient is the Express train plying between points daily without interruption.
4
From the airport "Vnukovo" no direct connection between the Express train, but you can get to Kiev station, where you want to go down to the circle line, take the train and drive to the Belarus station. Buses 611 and 611С and minibus taxi №45 ride to the metro station called "Yugo-Zapadnaya". Where should change to the circle line and get off at "Belorusskaya" metro station. Also runs daily bus №705М that goes to the station "Oktyabrskaya".
5
Between Domodedovo airport and Belorussky railway station is also no direct communication among the public transport. In order to get to the train station should take the train or the Aeroexpress train to Paveletsky station where you want to go down the subway and hop on the necessary train. Also there is a bus No. 30 and taxi to the station "Domodedovo".
6
Belorussky train station can be reached by trolleybuses №78, 56, 18, 12, 1 and bus # 12. Full information about the station stated on its official website.
Is the advice useful?
See also
Показать еще
Присоединяйтесь к нам
New advices