How to bury Muslims

The burial of Muslims all subject to the strict rules of Sharia. Those of the Gentiles who was present at the burial, saying that it has a fascinating solemnity and austerity. 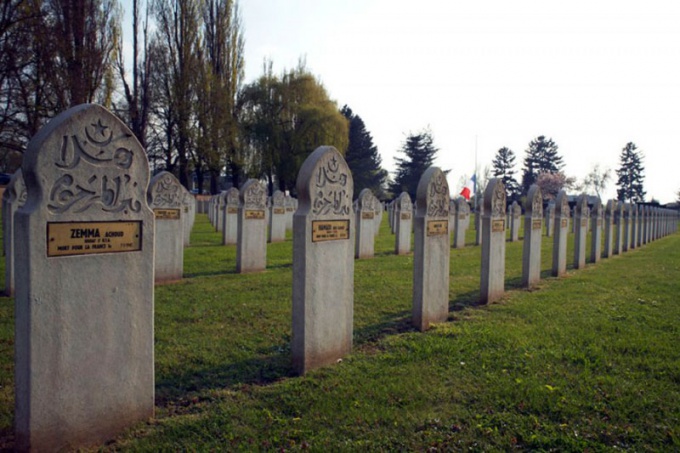 Related articles:
The funeral in the Muslim world is a very serious event. It has nothing to do with Christian rules and traditions of burial of the dead.

Rules that are enforced in a mandatory manner

According to the Sharia, to bury a Muslim only on the cemeteries, where repose his co-religionists. Where each grave is always directed towards Mecca, are rooms for ablution, which carried out the rite of washing the deceased. Muslim cemeteries do not meet the grave structures in the form of elaborate mausoleums or crypts. There all subject to the requirement of Shari'a, the gravestone should be simple, so as not to arouse the envy of the relatives of the deceased and not to enter them into temptation.


According to tradition, a great wailing in the cemetery is prohibited for anyone: men or women. It is believed that it can cause severe suffering in the soul left the earthly world. Muslims believe that if a grief to move patiently and with dignity, Allah will help a person in life and maintain it. In that case, if by fate, a Muslim buried in a foreign land, the opening of graves and reburial prohibited.


A deceased Muslim is not permitted to shave, trim his beard and nails. Since the presence of clothing on the body of the deceased is invalid, the deceased are necessarily wrapped in a shroud. For its production using white cloth. The shroud consists of several parts (for men and three for women – one out of five), each of which has its own name and purpose. Men's shroud will never be made of silk, as it is prohibited by the rules of the burial of Muslims. For those deceased who was during his life financially secure person, use a more expensive fabric.

The ritual burial of a Muslim

The deceased are immersed in the grave in an upright position, legs down. Hands of the deceased is not crossed on his chest, and pushed down. The deceased is placed so that its head was directed towards Mecca. If women are buried, at the grave of pre-stretched dense fabric to hide the burial of the body from the eyes of men. All the time in the cemetery reading the Koran. Moreover, this process continues for several hours after relatives and friends buried an abandoned Muslim cemetery.


After the body is laid in the grave, each one present was obliged to throw it in some dirt, saying aloud or silently the prayer, the meaning of which we all belong to God and to him we return. The mound shape is also in accordance with the requirements of the Koran: it must be above the ground surface by no more than four fingers, it should be seven times to pour water and finally sprinkle over it a handful of earth.
Is the advice useful?
See also
Показать еще
Присоединяйтесь к нам
New advices