Why do the dead always bear feet

Death is a phenomenon shrouded in mystery. There is a lot of rhetorical questions about death. The answers they are looking for psychologists, clairvoyants, philosophers, and scientists. There are a huge number of rituals and omens associated with the dead. One of these rites of the deceased are always feet first. 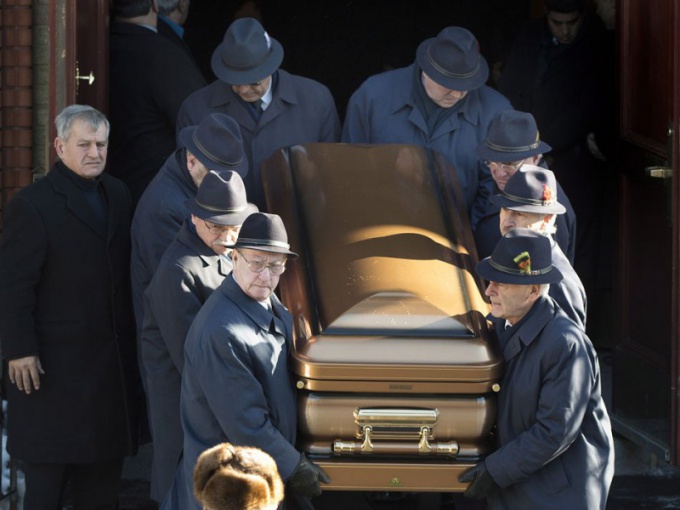 Religious people believe that even after his death, people all sooner shall answer before God. When the process of the funeral, the coffin with the deceased are entered feet first, so that the face of the deceased should go to the altar. This ritual in some peoples referred to as "the last prayer". Ancient Slavs, for example, to associate the door with the entrance to the underworld. You can immediately recall another similar sign – sleep feet to the door is impossible. Due to a belief that, in the opinion of the ancient Slavs, sleep is a state close to death. During sleep the soul leaves the human body, and to the awakening of returns. Scientists have proven that sleep feet to the door do not. In this position the person feels insecure. As a result, sleep becomes troubled and restless.

Why traditionally supposed to carry a corpse feet first?

The corpse carried feet first, so the soul know where it is directed, but did not remember the road back. Some traditions mention that the other world is a world of "opposite." When a man goes head first. Birth when a child feet first often turn out to be very severe, and sometimes fatal outcome in the child or mother. Hence, taken a custom to cover mirrors with a cloth. In many traditions told that the mirror is the entrance to the underworld. It is believed that if the soul will see yourself in the mirror, then she can stay.

However, some people, for example, these include Crimean Karaites, the tradition is to carry a corpse head first.

If we forget about religion and tradition and appeal to common sense, we can understand that human stand up to a man carrying a coffin in the back, could not look at the face of the deceased. Some people are very nervous at the sight of the dead. Frightened, many of them may faint.

A live person always carry forward the head, as if rescuing a drowning man, the removal man from a burning house. This is to ensure that, depending on the victim's face, could see his condition and come to the rescue.
Is the advice useful?
See also
Подписывайтесь на наш канал