Where in Moscow are the relics of Matrona of Moscow

Supporters of religion, honor the customs and traditions, as a rule, know by heart the names of Holy people. It's therefore not surprising that the phrase Matrona of Moscow is clear and familiar to most Orthodox Christians, moreover, the Orthodox consider it a great fortune to worship her relics. 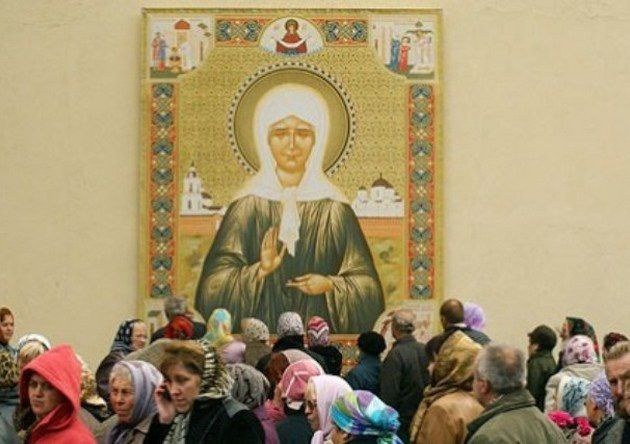 Related articles:
In ordinary life this Holy woman Matrona of Moscow - was the name of Matrona Dmitrievna Nikonova by name. The life of the ordinary peasant was not easy, she was blind from birth and did not have their own home, so she often had to wander among the houses in Moscow in search of the next overnight. However, since childhood she attracted other people for their gift of healing from all kinds of diseases and ailments. Although blind, her heart has always been open, because she did absolutely everything to those in need.

The matron also possessed a strange gift of foresight and could even see his own death. She knew that she has only three days, but did not stop to take people, but rather was in a hurry and was afraid not to have time to help all those who suffer.

Matrona died on 2 may 1952. He was buried on the famous Danilovsky cemetery in Moscow, which became her final resting place. This became a Holy place for many pilgrims who believe in the miraculous power of a woman. Over the years people came to her grave and asked for help and cure deadly diseases. But in the spring of 1998, a decision was made to exhume the body of a Saint.

The mortal remains of Matrona of Moscow, or as they say in religious circles, is the power, it was decided to place in the temples.

Now you can see the relics and intercession, and in the Danilov monastery, but it is only two main temple that holds Matrenina particles. In Pokrovsky monastery the relics placed in the tomb called cancer. The Shrine is considered to be the ark with the Holy remains, which looks like a normal coffin. It intercession is today considered the most popular and most visited.

Every day at Holy protection monastery is a queue of people who want to pray and ask for some help.

It is worth noting that the relics of St. Matrona of Moscow is in many churches, e.g., Church of the Resurrection. This temple is famous not only for the relics of Matrona, but also the particles of the spouses of Peter and Fevronia.

Matron today you can visit the temple of St. Euphrosyne of Moscow, the Church of Cosmas and Damian, the Church of Resurrection and Church of St. George. So many shrines with the relics of St. Matrona of Moscow due to its vast popularity among the faithful, every day of her worship and praise thousands of people.
Is the advice useful?
See also
Показать еще
Подписывайтесь на наш канал