How to get to the Temple Matron

The temple of mother Matrony is located in Moscow, Pokrovsky Stavropigialny female monastery. It is almost the center of the capital, getting there is easy. 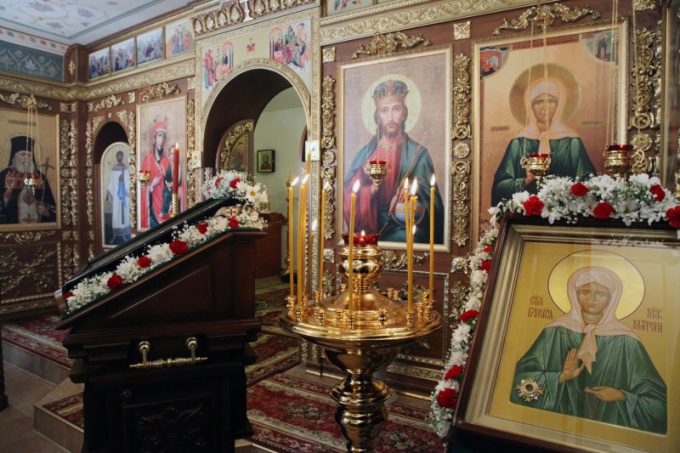 Related articles:
Instruction
1
The temple of mother Matrony is located at the address: Moscow, Taganskaya str., D. 58. Located near several metro stations: "Marxist", "proletarian" and "Lenin Square". The closest monastery to "Marxist".
2
If you decide to go to the temple of mother Matron through the metro station "Marxist", take the exit from the subway to the Taganskaya street and take the escalator upstairs. To the left of the subway exit is a bus stop. On any transport (bus, trolleybus, minibus), eating two stops. On the second go. It is located directly opposite the entrance to the monastery. You can walk from the metro and on foot follow the right, on Taganskaya street, to its intersection with Bolshaya andronevskaya. The journey time is seven to ten minutes. The monastery and temple of the mother Matron will be on the left.
3
To get to the Pokrovsky monastery through the metro station "proletarian", you need to go to Abelmanovskaya street and follow it straight, ten to fifteen minutes. In parallel will be the tram tracks. You can get on the tram to the stop "Abelmanovskaya Zastava". To get to the temple Matron, cross the road.
4
From metro station "Lenin Square" to the monastery matrony Moskovskoy get on the tram, which goes to Abelmanovskaya Zastava. To get to the bus stop, exit from the last car of the subway, climb up and turn left. Then again the left, through the underpass. Go outside, in front of you is a traffic light. Go to the other side, you will see a tram stop. Sit in any, he'll take you to the stop "Abelmanovskaya Zastava". She's the second from the metro station "Lenin Square". Or walk parallel to the tram tracks, about ten to fifteen minutes.
Note
Pokrovsky monastery is open for visits daily, Monday to Saturday, 07.00 - 20.00, Sunday from 06.00 - 20.00.
Useful advice
Bring to the monastery the Lady is very fond of them.
Is the advice useful?
See also
Подписывайтесь на наш канал