How to get to Gorky

The city of Gorky at the present time returned to their old name of Nizhny Novgorod. Its former name received in honor of the great writer, he was wearing only fifty-eight years - from 1932 to 1990. 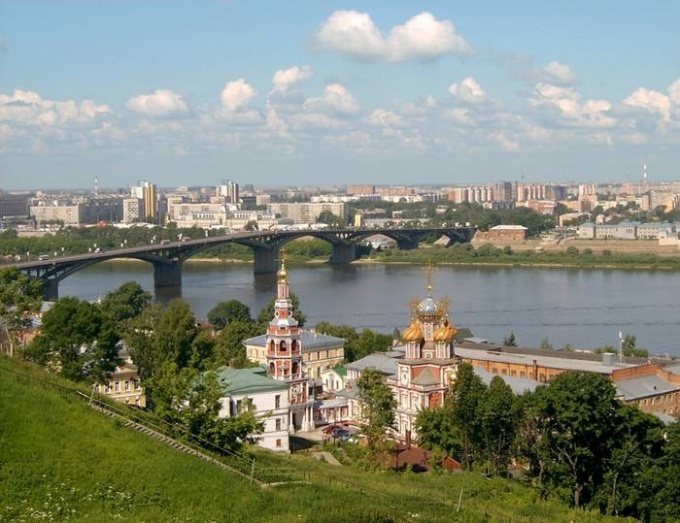 Related articles:
Instruction
1
Nizhny Novgorod is the fifth largest city in Russia. It is quite far from Moscow (just a hundred kilometers). You can get there several ways - by train, by high-speed Sapsan train, plane, bus and of course by car.
2
Trains to Nizhny Novgorod from Moscow go with Belarus, Kursk and Yaroslavl stations. Most of them passing, for which Moscow and Nizhny Novgorod - intermediate stops. Their starting points are located in the North-West of Russia (Murmansk, Saint-Petersburg) and Siberia Nizhny Tagil, Novosibirsk, Nizhnevartovsk, etc. the journey Time from Moscow to Nizhny Novgorod, about six to eight hours.
3
Faster from Moscow or Saint-Petersburg to Nizhny Novgorod can be reached by "Sapsan". The journey time from the capital is only three hours and fifty five minutes. In this high-speed train makes in the way the two stop in Vladimir and Dzerzhinsk.
4
On the plane from Moscow to Nizhny Novgorod can be reached from the airports Vnukovo and Sheremetyevo. Every day several flights during the day, evening and night. From terminal D of Sheremetyevo airport, fly to Nizhny Novgorod, the new aircraft Sukhoi superjet 100. Travel time - one hour thirty minutes.
5
From Kursky railway station, Syromyatnicheskaya street in Moscow, the bus to Nizhny Novgorod. He goes three times a day, at 11-00, 15-00 and 23-00. Travel time - about six and a half hours without traffic jams on the outskirts of the capital.
6
By car you can reach Nizhny Novgorod relatively quickly. The track was recently expanded at the entrance to it is eight lanes. The easiest way to travel from Moscow through the highway of Enthusiasts on a highway "Volga" (M7 Gorky highway). Continue straight, past the Noginsk, Malaya Dubna, Kirzhach, Angola, detour through Vladimir to Nizhny Novgorod. Travel time - about five and a half hours without traffic.
Is the advice useful?
See also
Присоединяйтесь к нам
New advices