How to be a good goalkeeper in football

Soccer goalie – profession special. Millions of people with great interest follow the football game, expecting goals. And goalkeepers over and over again deprive them of this joy. That's their job. 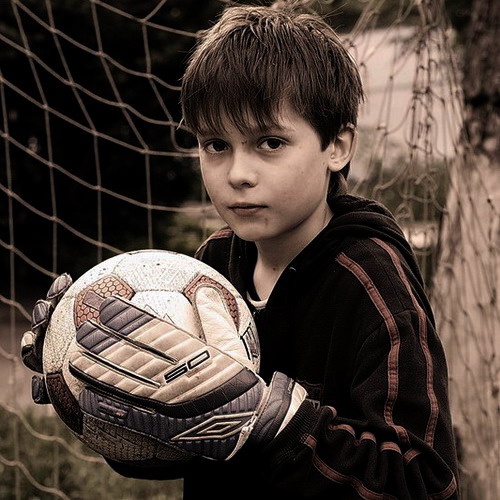 Related articles:
You will need
Instruction
1
Football game sport. There is no need to be faster / higher / stronger. To succeed in it everyone can. But you need to put a lot of effort.

Their goaltender is already 50% of success of the team. Therefore, any goalkeeper has a huge load than any of the field players. And the load is not so much physical as psychological.
2
Psychological training.

You should be confident, mentally stable and strong in spirit. To help out the team in all game episodes are not by any goalkeeper. A good goalkeeper should not be upset after every goal conceded, even if he skipped his fault. So try to forget any negative episode and similar mistakes in the future to prevent.

Be calm and cool. During the game happens a lot of stress and nervous situations such as missed or unused balls scoring chances, so never lose your head.
3
The command authority.

As already mentioned, the goalkeeper figure in the team special. In addition to their duties to repel opponents, you should be able to lead the line of its defenders, and give players a variety of game scenes (with a penalty corner, the other opponent's attacks). The goalkeeper must not be silent.

When the team has a good goalkeeper, all the other players feel much calmer. Because when in defence, in security, you can think about the attack. Thus, we can derive the following formula: a confident goalie is a confident team.
4
The game action.

You need to remember that your main task is to repel the balls flying in your gate. This does not have to be six-foot vertical leap. A good goalkeeper is distinguished by a proper choice of position in the gate, and reaction.

What would you do to achieve appreciable success in this activity, you need to work, work and work again. Profession soccer goalkeeper is no exception. Dedication in training and in games, constant self-examination and striving to be the best – that's the key to success.
5
Statement or the effectiveness?

The history of football is replete with examples where notable success was achieved by the goalkeepers, not endowed by nature outstanding physical characteristics. But with hard work in training, perfectionism and athletic arrogance allowed them to overcome all difficulties and become the best.

It doesn't matter how you flip an opponent on his goal. You can do it in a beautiful jump, can account for choice of position just to catch the ball in his hands. The main thing – the result. No matter how it's done. Efficiency is paramount.

Thus, commitment, sports will and indomitable spirit – are the main components of a good goalkeeper.
Note
To be a goalkeeper, so do not be afraid of the joints. Fighting for the ball, you often have to come in intimate contact with an opponent. Any episode you need to play to the end, if you have decided to join the fight for the ball, no need to change it.
We should never think about the possibility of injury. During the game, think only about the game.
Useful advice
You need to always be concentrated and to follow closely all movements of the ball. Because you never know at what moment it will strike.
Is the advice useful?
See also
Подписывайтесь на наш канал