How to teach to play football

Football is one of the most popular sports in the world. Young athletes want to learn to play at least average. The mentor needs to know the method by which you can train novice players. 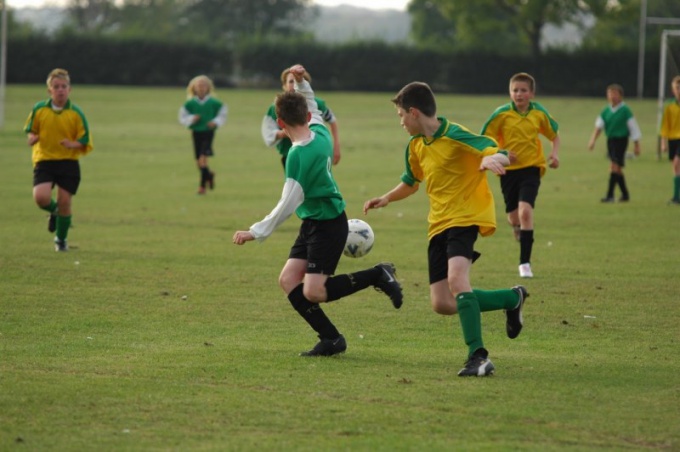 Related articles:
Instruction
1
Implement cross training. Typically, the players run from 7 to 12 km per match. To withstand the constant games and practices, each of them should be well developed stamina and cardiac muscle. So force his players to run a few miles before practice. Also enter in Sunday's practice longer crosses: 5, 7 or even 10 km, Then every athlete is confident that will withstand all seasonal practice.
2
Train your sprint skill athletes. In addition to stamina players (especially forwards or Midfielders), it is important to be able to accelerate if necessary to catch the ball or to evade an opponent. To do this, alternate slow Jogging around the stadium with the sprint particles. For example, give the command "up" after 1-2 minutes of easy Jogging. Such a ragged pace will teach players to focus and develop speed endurance.
3
Teach athletes to hold the ball on the ground and second floors. First of all, let's simple tasks, such as playing square legs and head. Ensure that every player for as long as possible kept the ball in the air. There is another effective exercise. The players stand in a circle, two of whom are inside it. The last must try to intercept the ball, which to sportsmen that formed a circle. This will contribute to the development of the reaction from each player and improve the skills of selection / retention of the ball.
4
Help players hone their dribbling. The more difficult element — the individual possession of the ball. Every good player must be able to trace the opponent and keep the ball. Put some cones along the field. Say that each player ran a few times across the field in parallel passing the ball through the obstacles. Train this element in all classes.
5
Put the players a strong and accurate shot. One of the most important elements of a professional player — ability to hit the ball. The player can pass the ball with leg or head, to cross the canopy or purposefully shoot. Each type of shot can be done as feet and inner side. Ensure that all players many times trenirovki these types of attacks. Then the team will be ready to play in official matches.
Is the advice useful?
See also
Подписывайтесь на наш канал