Back in 1972, by chance, was born one of the most entertaining games of our time — a Footbag. 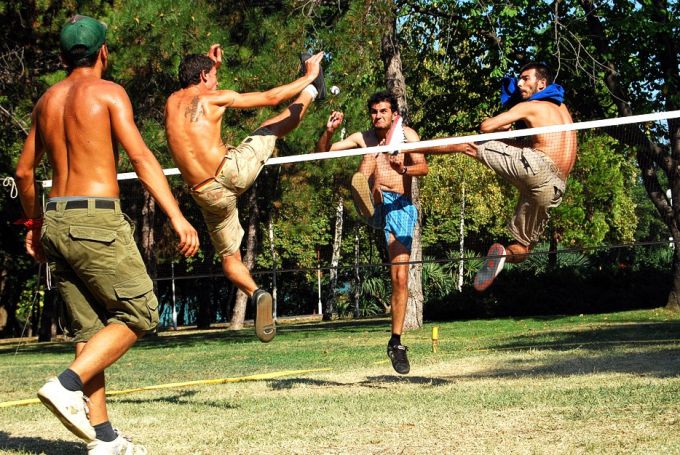 John Stalberger walked the Oregon. It, as usual, bothered by an injured knee and took the idea of his cure. Suddenly he was sent a solution to the problem in the form of a boy playing with a homemade ball. Mike Marshall amused himself playing with a bag full of beans. It seemed to John a useful exercise, as they could to stretch his knee. The guys talked and decided to translate the original idea into a real sport. So there was footbag is the name of the ball, and the sport.

After 20 years of this occupation, based on the volleyball and tennis became really popular not only in America. Indeed, such exercises not only improve coordination, but also strengthens the leg muscles and also helps blood circulation and train breathing apparatus. 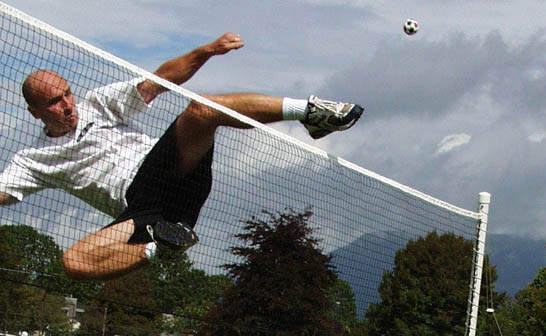 In Russia it is known under another name — SOx. But during the game, the ball beat off not only the toe, and any part of the leg, be it the knee or the hip, or one that lacks skill. SOx is somewhat simpler than a conventional footbag.

After some time, in addition to hacky sack here and came standard footbag. His skill in this sport can be boast of in the form of a Freestyle to music. And you can play one-on-one or team two on two. The ball shifted through half-meter grid using only the feet and should not touch the ground. And in the professional game, the ball can only discourage leg below the knee.

There are several types of fillers for futbegu. Now the ball is not filled with beans, and small beads or sand, or for a stronger weighting metal parts. He footbag knitted or made of several parts, and these parts more, the leaves rounder.

The best option is a ball of 32 panels. Although they can be the most different amounts from two pieces to one hundred. For freestyle go softer balls with smaller amount of filler, to make it easier to perform stunts, holding the ball. And during the team games are taken more tough and elastic balls.

The ball is the main attribute for game. But special shoes will also be useful. And of course, shorts instead of pants will allow you to better feel the ball.

Footbag is gaining popularity. The teams are formed, which also teach the beginners technique. There are even committees and associations specializing in futbegu watching his development.