What today have rank in police

Police and military have a lot in common or close. Both in content and form. In particular, the shape of the clothes. Soldiers and officers of the Armed forces police officers in common, for example, wearing epaulettes, and the assignment of special ranks — from private to General. 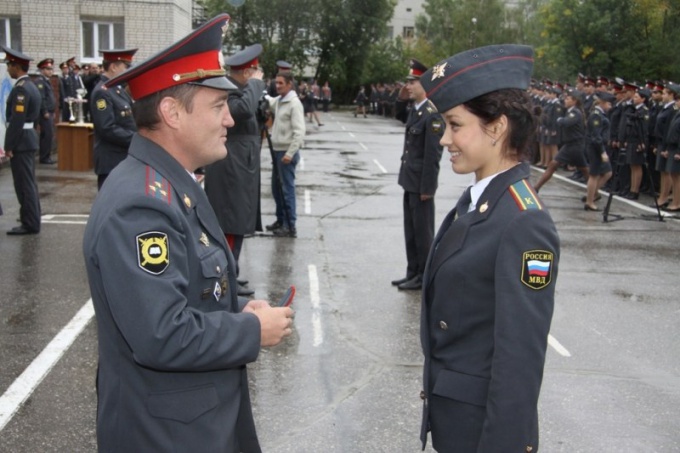 The division of internal Affairs

One of the largest organizations of the Russian judicial system is the Ministry of interior, the Ministry of internal Affairs headed by Colonel General of police Vladimir Kolokoltsev. Employees of the interior Ministry as seniority assign a special rank to one of three possible categories — police, internal service or justice. Starting in all three categories is the private. The maximum is not awarded anyone the title of General of the police Federation.

Special ranks of the police Federation unable to only adult citizens of Russia, arrived to work in the bodies of internal Affairs and received an appointment to one of the posts of ordinary or commanding structure. In accordance with the Federal Law on the police, these titles are almost identical, the special military. Two exceptions — there are no corporals and marshals, and the highest rank — General of the police Federation. The main difference from similar army ranks, spoken and written additional the noun "police".

The youngest of the five possible compositions of employees is private. Ordinary police has no insignia. The exception are only the students of educational institutions, on the shoulder straps which have the letter "K". To younger personnel of include sergeants, master sergeants and corporals of police. The first is located on the shoulder straps strips (stripes) — two, three, or one large denoting Junior Sergeant, Sergeant and senior Sergeant of police.

On the shoulder straps of Sergeant of police one long vertical strip. Ensign police can be distinguished by two small vertical veins, the senior warrant officer of police of such stars three. Middle commanding staff is both the first officer. It includes virtually disappeared in the Russian army Junior lieutenants (one little star), and lieutenants (two horizontal star), senior Lieutenant (three) and captains (four). All uniform held one vertical line — the so-called lumen.

The senior officers (two lighted) there are three possible officer ranks — major, Lieutenant Colonel and Colonel. The straps of the first of them have one Central star, the second video with the two, and the third with three stars. To the higher personnel of the police and in the Armed forces, are generals wearing stars without the gaps. From major-General one star, a Lieutenant General two of them, Colonel General three. Finally, the General police of the Russian Federation of four stars. All insignia are placed vertically.
Is the advice useful?
See also
Показать еще
Присоединяйтесь к нам
New advices