How to wear the aiguillette

Aglet is a cord, woven from multicolored threads. A word of German origin (achel – shoulder, band – band, tape). This decoration men's military uniforms, which before the revolution was worn by the officers of the higher military ranks. 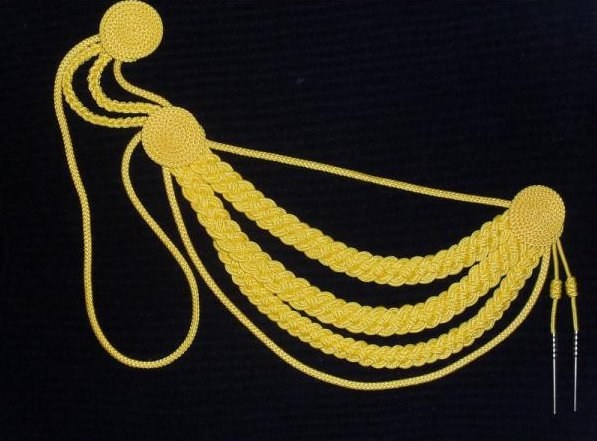 Related articles:
You will need
Instruction
1
Aglet and now remains part of the ceremonial uniforms, but this idea was adopted by the fashionista, especially because designers do use aglets in their collections.
2
If we are talking about uniform, aiguillette worn on the right side of the uniform. Is attached under the epaulet on the one hand and on the shoulder or chest with the other hand. Ways of wearing this decoration is strictly regulated and differ depending on the kind of troops and supplies.
3
In General epaulettes with tassels — ornament which can wear and woman. However, not everyone will allow themselves to wear it in everyday life. But as an alternative of glamorous decor, luxurious bright colors — perfectly valid option.
4
Contributes to the popularity of this jewelry a fashionable trend of designer collections — laconic silhouettes of the officers ' uniforms. Very often the style of "Millitari" manifests itself in women's jackets. Some of these items of clothing were indeed borrowed from the military. For example, the model "transkop" literally means clothing for a COP.
5
Aglet goes well with jackets. Decoration can be a regular braid or decoration, stylized hussar knots. Can be worn with an epaulet or just on bare shoulders. Aiguillettes are decorated with precious stones and worn depending on the preferences of the owner of the jacket.
6
A woman can wear the aiguillette, handcuffing him to the shoulder with a brooch and sew the under collar. Attach the second part of the aiguillette on the button with the help of special loops.
7
The decoration may consist of several cords. Secure them in a bun on the shoulder with one end. Then spread one on the chest with small decorative bullock or brooches. Leave the cords loose, and another lock at the collar or button.
8
Complete with aiguillette jacket, blouse, sweater, evening dress wear as you wish. Update using the aglet old things, decorate such as your favorite blouse.
9
Master a few simple macramé techniques. Combine different knots, weave the threads of different lengths and wear them by pinning on a brooch or a pin. Add a decorative jewelry, beads, crochet flowers.
Useful advice
If you like to experiment, to be fashionable, try to make an aiguillette with their hands.
Is the advice useful?
See also
Присоединяйтесь к нам
New advices