Where to go in Tomsk

Tomsk, founded in the early SEVENTEENTH century, has a rich history. It's the oldest Siberian scientific and educational center. "Siberian Athens" began to call the city upon discovery of the first University in Siberia. This open air Museum, famous for its unique wooden and stone architecture. 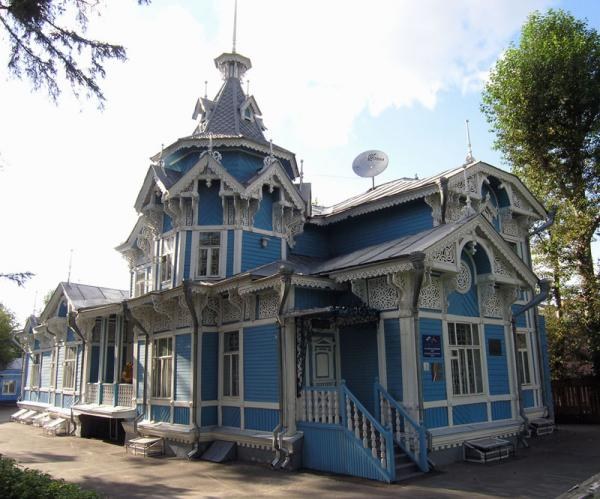 Related articles:
An ordinary walk through the streets of Tomsk can be a wonderful tour. Walk through the historic center of the city. The old, dilapidated bridge, which was built by the exiled Decembrist Batenkov, then along the street under the title pass on to the log Fort. There remained the fire tower, climbing to the observation deck where you can see almost the entire city.Tomsk is famous for its wooden architecture, and the Tomsk wooden art Nouveau was included by Forbes magazine in a list of Six attractions in Russia, which will soon disappear." Each building is unique and beautiful. Here you can see wooden art Nouveau building, and stone in the style of classicism and Baroque.Walking to Tomsk, it is impossible not to pay attention to interesting monuments. On the waterfront Tom is a monument to Chekhov, performed in Tomsk sculptor Leonty Usov. The famous barefoot "Anton Chekhov in Tomsk eyes a drunken man lying in a ditch and not read "Kashtanka"" has become the unofficial symbol of the city.Only here is a monument to the ruble. Wood, larger than two metres and weighing 250 kilograms. Tomsk ruble more than its metal counterpart exactly 100 times.You know what happiness feels like? And the residents know, as they have a monument, to perpetuate this notion. It fed the wolf from the cartoon "there once was a dog". If you RUB his belly, he is the voice of Armen Dzhigarkhanyan utter one of the phrases from the movie.In Tomsk many museums. Go to one of a kind memorial Museum "NKVD Remand prison". It is located in the building which was a prison in the 30-40-ies of the last century. In the former jail cells are occupied by expositions such as "investigator's Office", "cross Firing", "the Great terror" and others.In Tomsk are museums of wooden architecture, kraevedchesky and art museums. You can also visit the unique Museum of Slavic mythology or "the Tomsk forest Museum", which is the oldest in Russia.Melpomene lovers can enjoy performances in the Chamber Drama Theatre and the Tomsk Regional Drama Theatre. In the Centre of Ancient Music, the Camerata will enjoy the performances, which are a kind of synthesis of theatre, vocal and instrumental music and poetry.
Is the advice useful?
See also
Подписывайтесь на наш канал