Where did the expression "calf tenderness"

Who has not heard the phrase "chicken-hearted"? This kind of feeling, too rash and too strong, not suitable for the current situation. But have you ever thought over the question, where did this expression? 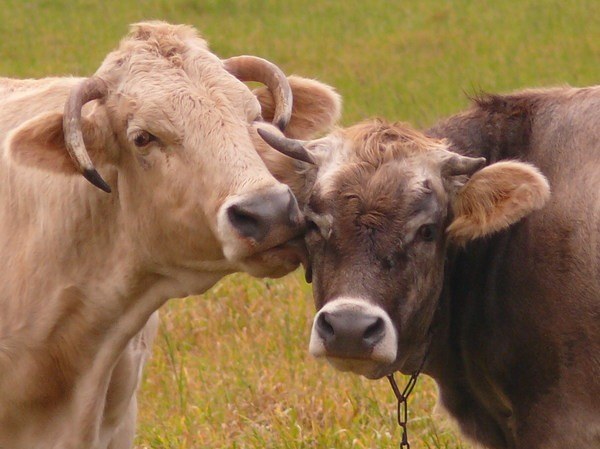 We turn to the classics

There is a hypothesis that for the first time the expression "calf tenderness" appeared in the novel by Fyodor Dostoyevsky "the Brothers Karamazov", there is the following line: "your mother he loved, not loved "mothering" as he expressed it in his schoolboy language." And even at that time, in wide use such expressions was not at all, it can be assumed that its meaning was quite clear and readers of the times of Dostoevsky.

Interestingly, around the same time, another Russian writer Mikhail Saltykov-Shchedrin used in his work, like the expression "the need to smooch stubbornly lingers in us even to this day, when, apparently, there is already motive and reason or for licking, or for veal enthusiasm". It is noteworthy that if you look at the explanatory dictionary Dahl, dated slightly earlier years, nothing about veal and veal nezhnostj the enthusiasm is not there, therefore we can assume that the catch phrase originated in the minds of the two Russian classics about the same time.

How romantic are you?

Why tenderness suddenly become veal? It's very simple. The fact that calf, being at a tender age, loves to show their feelings joyfully and enthusiastically licking all that seems to him worthy of attention. This may be the mother, other cows, calves, and maybe a milkmaid and even a stranger who looked into the barn and decided to pet the little calf. Does this kid quite frankly, embarrassed, and very touching – well, how not to melt! Hence the "calf tenderness". And since the manifestation of love and affection almost mindlessly and indiscriminately not everyone likes the expression "calf tenderness" has a rather negative connotation.

Of course, you can assume that not only the calves love to Express in this way their feelings, and the catch phrase might sound like "sheep soft" or "puppy soft". This, of course, is also possible, however, we should not forget that at the time of occurrence of the phrase calves in everyday life of Russian citizens was not as rare as it is today. Because it was simple, accessible and understandable to all without exception.

About the origin of the expression, there is another theory, less romantic. It is based on the fact that the veal to taste, aroma and texture is much softer and tender beef meat from adult animals. Because the phrase "hanky-Pank" - maybe just a reference from the senses and their manifestations to the beef Stroganoff or the chicken.
Is the advice useful?
See also
Присоединяйтесь к нам
New advices