Where to go in Smolensk

Smolensk is one of the oldest cities in Russia. It is located on the Dnieper river, 378 km southwest of Moscow. Has the title of "hero City" is assigned may 6, 1985) for the courage and fortitude of the defenders of Smolensk, of mass heroism in the struggle against the Nazi invaders during the great Patriotic war. 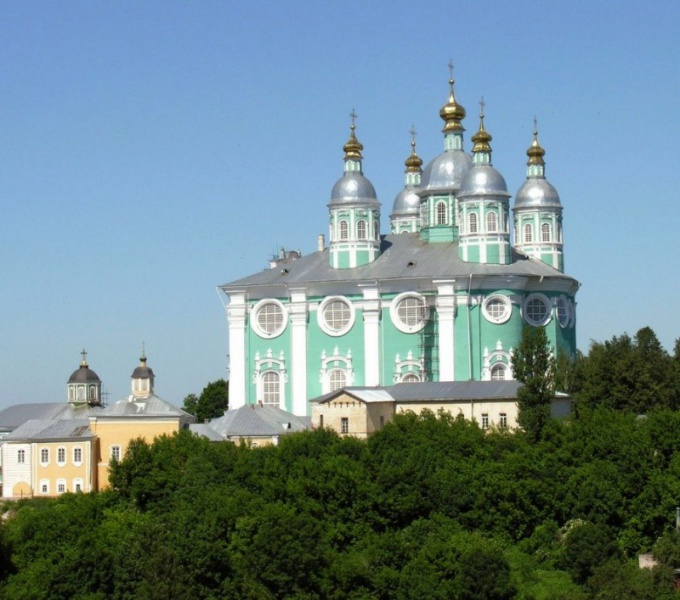 Two most important Smolensk attractions which are worth a visit are the fortified wall, and Smolensky Cathedral of the assumption. Smolensk fortress, and a ring surrounds the center of Smolensk, icon of the city. Its towers and curtain walls can be viewed, being very close to the main square. For further details take a long walk in the Dnieper river and the hills surrounding the city.

The Cathedral of the assumption situated on a high hill visible from any point of the city. The majestic building with domes, shining Golden, towering over people, leading up to the temple steps. Thousands of candles, unique iconostasis and the choir – the Cathedral is beautiful and always festive, but especially during the service.

Worthy of attention and the numerous churches built in the 11-12 centuries, the historical Museum and the Museum of the great Patriotic war. With pleasure and interest visited by tourists and museums, which are located directly in the wall of the fortress (the Museum of Russian vodka" and "Thunder Museum").

Interesting monuments to heroes of the Russian-French war of 1812, walk of Fame, a Drama theater, the Museum "Russian antiquities", have in the exhibition a rich collection of works of art from different eras. Each of these places can tell us much about the historical and cultural aspects of the city, to acquaint you with the ancient customs of their ancestors and the lives of his contemporaries.

Interesting and informative visit to the Museum-the forge, Church of the Holy spirit in Flenovo, with the paintings of Nicholas Roerich; the memorial sign at the place of death of Prince Gleb. The most curious tourists visit tour to the "Hitler's bunker", which is located in the Red forest.

Smolensk is a very beautiful, interesting and "different" city. A lot of positive impressions you provide already first walk on it. Smolensk is revealed gradually, but leaves a lasting impression.