Where to go in Tver

Tver – one of the oldest cities of Russia. It stands on the banks of the great Volga river, in the place where it flow into the river Tvertsa and Tmaka. Once the city competed with Moscow for the right to be called the capital. Since then passed several centuries, but it was and remains an example of high architectural art. This, as well as rich collections of local museums and a rich cultural life in Tver attract crowds of tourists. 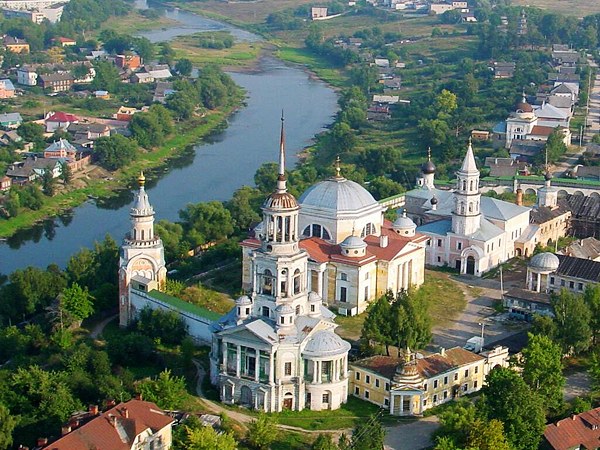 Related articles:
Almost every corner of this city breathes history. Its territory abounds in monuments and obelisks, among which the monument to the famous traveler and merchant Athanasius Nikitin. It is a bronze statue of four meters in height, which stands on a platform in the form of a boat with the head of a horse. From the banks of the Volga, traveler and started his famous "Walking the three seas". Popular among the townspeople and visitors of Tver is the monument of the legendary singer – Mikhail Circle. It is located in the heart of the city on the Boulevard of Radishchev. In Tver has many old wooden buildings. Should go out of Babel, where almost all buildings are monuments of architecture. Here you can see the unique wooden houses of the 19th century, decorated with intricate carvings. Museums this city in the upper reaches of the Volga is also not deprived. Here is a picture gallery where paintings by Russian painters, in particular, Venetsianov and Levitan. You should not ignore the Museum of Saltykov Shchedrin. He is in the house on the street of the Fishing, where the writer lived for several years. The Museum of military traditions, you can see a rich collection of armour and weapons of the 16th century.The main tourist road of Tver is the Trekhsvyatskaya street. This is an analogue of the capital city. As in Moscow, it sell their creations, local artists and conduct a brisk trade in souvenir sellers.Stepan Razin embankment is another interesting place of the city. It still retains the old pink and blue houses two storeys high with low arches and stucco gate travel scrolls. Volga Tver divides into two parts, in addition through its territory flow two rivers. For this reason, the city has many bridges, one of which is definitely worth a visit. This is the Old bridge – the symbol of Tver. Him more than a hundred years. Its prototype is located in Prague. Surprisingly the lightweight construction of this bridge, seeming almost delicate, delights many. Right behind it stretches the municipal garden, where you can see the remains of earthworks and walls of the ancient Kremlin. Also, the bridge stands proudly in the ensemble of the Imperial traveling Palace, where now is the historical and architectural Museum.In the city a lot of cathedrals, chapels and churches. At Trinity square is the White Trinity Church. It was built in the 16th century. This is perhaps the most ancient stone building in the city. Attracts guests of Tver and the chapel of St. John of Kronstadt, on the prospect of Tchaikovsky. This is a tiny architectural gem, majestically uplifting among modern high-rise buildings.Want to dine literally on the Volga"? In Tver and it is possible. Every summer near the waterfront of Stepan Razin offers a café-float directly into the river. This place is popular with locals and tourists hungry for romance.
Is the advice useful?
See also
Подписывайтесь на наш канал