Where to go in Tula

Tula Armory capital of Russia and the main southern Outpost of Moscow. The city lies on a tributary of the Oka – the river UPA. In the country and abroad Tula is known as the city of artists. Since time immemorial, it is famous for not only their weapons but also samovars, harmonicas, cakes, unequalled and beautiful architectural ensemble and rich history. It is not surprising that the tour in this ancient city are popular not only among Russian, but also foreign tourists. 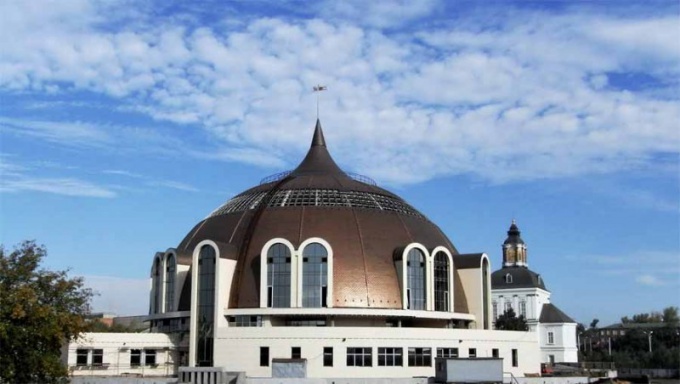 A walk in the Tula should start with its heart - the Kremlin, which has existed for nearly five centuries. This is one of the monuments of defensive architecture of the 16th century. About two centuries it provided reliable protection against the raids of nomadic tribes. The Tula Kremlin has nine towers, four of them with a gate. Its territory is the Epiphany and the Holy Dormition Cathedral. Gilded domes of the latter are visible from any point in the historical part of Tula. Cathedrals were built after the Kremlin lost its importance as a fortress. A walk to remember. The ancient walls of the fortress keep many secrets, which are always happy to talk guides.

Under the ancient vaults of the Epiphany Cathedral there is the Museum of weapons. To visit the Armoury, the capital of the country and not visit it would be a crime. In the exposition of the Museum, which, among other things, is one of the oldest, you can see samples of weapons and firearms, works of local and foreign masters. Impressive collection will allow to trace the evolution of weapons from the time of Peter to the present day.

In 2012, the city opened a new Museum of weapons, which will soon be moved all the exhibits from the Cathedral of the Epiphany. The construction of a new building took more than ten years. It is located right on the banks of the UPA and its background are the famous Tula defense enterprises of mechanical Engineering and the Armory. Adjacent is the Nicholas-Zaretsky Church, which was built by the famous Russian industrialist Nikita Demidov. Almost at the entrance to the new Museum is a monument to Demidov. Located near Museum "the Demidov Necropolis". It should be noted that the building of the Museum of weapons at once attracts attention. It is made in the form of helmet heroes. It has five floors, the last is an observation platform, which offers superb panoramic views over the Tula.

Go to the Museum of samovars. His visit will be remembered for the uniqueness, vibrancy and variety of the exhibits. Here you can see about three hundred samples of samovars, released in the 18-20 centuries. What they've done: green and red copper, red brass, Nickel silver, plain iron. Impressive and the diversity of their forms: in the Museum you can see samovars in the form of eggs, wine glasses, vases, banks, and even blowing!

Great popularity among the guests of the Armory capital is the Museum of gingerbread, where you can see the gingerbread shapes, household objects, local and Pryanichnikov, of course, the treat. Presented here is the tiny and the huge carrot – pounds. Incidentally, he's the only one in Russia. Every guest is invited to taste the freshly baked gingerbread with fragrant tea. This is one of those museums, which to leave empty-handed is impossible. It has a shop where you can buy cakes made according to old recipes.

It's worth a walk and on the Central Park of Tula, which was laid in the late 19th century on the initiative of the chief sanitary doctor of the city by Piotr Belousov. The Park is famous for its green plantings, an abundance of flowers, picturesque ponds and air with the smell of pine trees. The Park has many attractions.

Be sure to visit the local zoo. It is the country's only zoo of amphibians and reptiles. Within its walls you can see a rich collection of nonpoisonous and poisonous snakes, giant frogs, turtles – from 150 grams up to 80 pounds, a five meter long tiger Python, frill-neck lizard.

If you have spare time, you should visit at Yasnaya Polyana, the family estate of the great writer Leo Tolstoy. It is located in the suburb of Tula, a half-hour drive from the centre.