How to put the accent in the word "kitchen"

In speech the word "kitchen" emphasis sometimes put on the second syllable – the vowel "O", the first on the "U". Which of these options is correct, the relevant norms of the Russian literary language? 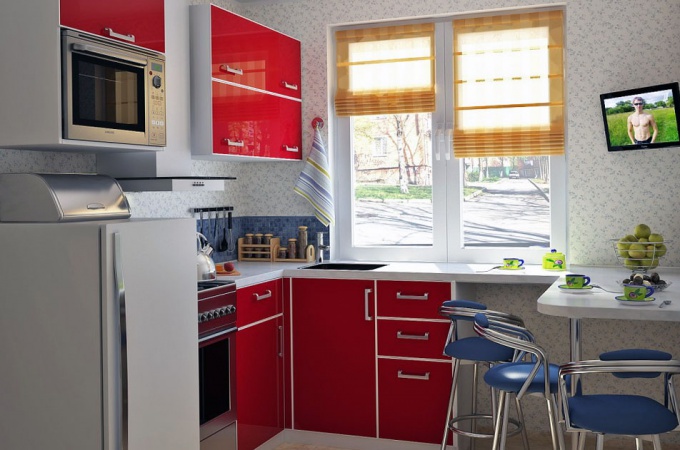 The correct emphasis in the word "kitchen"

In accordance with the rules of pronouncing the word "kitchen" should be pronounced with the accent on the first syllable – "kitchen", as well as released in the "kitchen". This is the only correct option that is listed in dictionaries as normative.

Some reference books – for example, the Ushakov's dictionary or the Dictionary of difficulties of pronunciation and accent in the modern Russian language – particularly mark the pronunciation of "kitchen" with the accent on the second syllable as incorrect, paying attention to this rather common mistake.

This emphasis is maintained in all forms of the adjective "kitchen" – all genders, cases and numbers will shock the first syllable: kitchen smells at the kitchen table, in a food processor, kitchen utensils, kitchen window and so on.

Incorrect pronunciation of "kitchen" is quite a common mistake. The desire to put the emphasis on the second syllable can be explained by the General trend of the Russian language, according to which in trisyllabic words, stress is sometimes shifted to the center of the word.

The second explanation is the influence of the languages of our neighbours – Belarus and Ukrainian. They are quite similar to Russian, and often mixed up (especially in the border dialects). At the same time and in the Belarusian and Ukrainian adjectives from the word "kitchen" should be pronounced with the accent on the second syllable – "kitchen" and "cochonne". And it's possible that it could have an impact on the Russian pronunciation.

However, in spite of everything, the emphasis of "kitchen" in the modern Russian language has not yet considered acceptable even in colloquial speech and is definitely a mistake.