How to pass a swab on the flora

Smear on the flora (bacterioscopy) is a laboratory microscopic examination of the objective characteristics of the microflora of the urethra, vagina and cervix. The doctor makes the sampling of biological material from the surface of the genital mucosa. 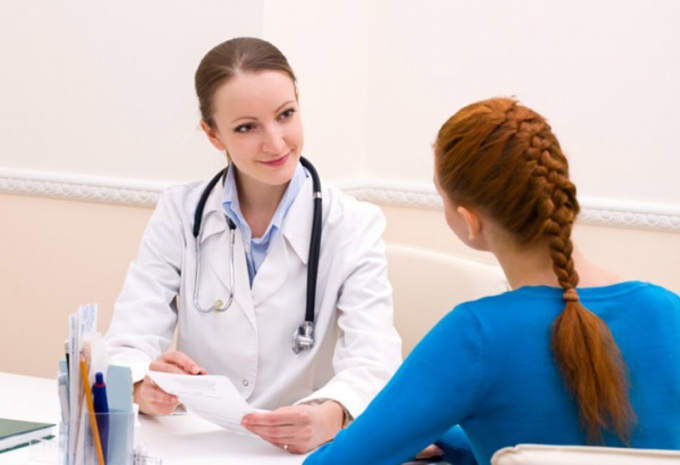 Related articles:
Instruction
1
Smear on flora is taken not only in women but also in men. They pass it in almost all the cases referred to the urologist. Women should take the PAP smear taken every three months during routine inspection at the gynecologist. If treated swab is taken after the completion of therapy to confirm its success.
2
Bacterioscopy is a painless procedure. Fence smear on flora is carried out by a gynecologist or urologist with a disposable spatula. The doctor makes a fence in a few places: the men of the three points of the urethra, and in females from the vagina and cervix. The results of the analysis tend to be ready the next day. Some private laboratories analyze the swab for 30 minutes.
3
To pass a smear on the flora should be prepared. 1-2 days before the expected date of analysis it is better to abstain from sex. Before the visit to the doctor is recommended not to go to the toilet for 2-3 hours. Women should not use vaginal preparations, in particular a variety of candles and creams. Also, do not wash in the morning and do the douching, or the results of the analysis will be unreliable. To hand over a smear on flora is possible on any day of the menstrual cycle. However, it is desirable to do immediately after menstruation, that is, for 4-5 day cycle.
4
In the study of biomaterial laboratory dabbing it on glass and then stain with special dyes. They allow to distinguish more clearly between bacteria under a microscope. The examination allows to assess the microflora, that is, the presence of pathogenic bacteria and their number.
5
Smear on the flora shows the number of white blood cells, red blood cells, the presence of fungi, Neisseria gonorrhoeae, Trichomonas vaginalis, lactobacilli. Normally, the biomaterial must be determined of rod-flora (lactobacilli), as well as leukocytes, but in a single amount. White blood cells are protective cells, they attack the infectious agents. A large number of them in the smear indicates inflammation of the vagina in women (vaginitis, colpitis) and prostatitis in men. The number of leukocytes is increased in proportion to the intensity of inflammation and the number of pathogens.
6
The presence of coccal flora in smear tells about the sexually transmitted nature of the disease. So, Trichomonas indicate trichomoniasis, gonorrhea is about gonorrhea and Candida - thrush. Also the smear can be epithelium. His presence is the norm. Understand beneath the epithelium cells covering the cervix and vagina.
7
When evaluating a smear on flora, there are four groups of purity. For a healthy reproductive system specifies the first degree of purity.
Is the advice useful?
See also
Присоединяйтесь к нам
New advices