As a rule, inflammation of the cervical canal must be carried out special tests, which will help you to identify the pathogen and determine the best method of treatment. An important role in the diagnosis plays a PAP smear. 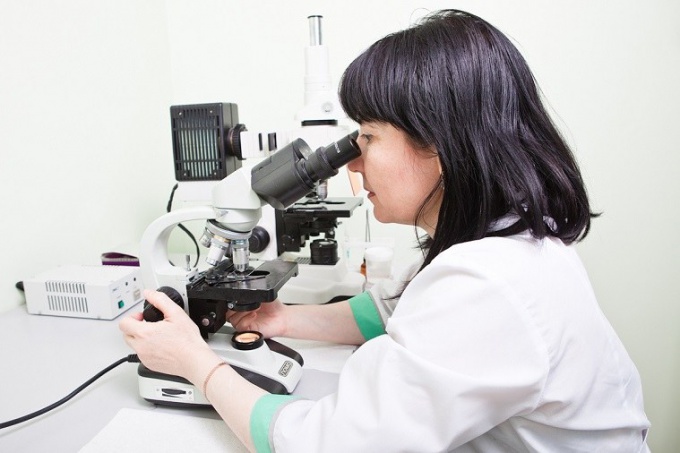 This is the result of microscopic examination of multiple changes in the epithelium of the vagina and cervix, indicating the presence of an inflammatory process. The main indicator is the large number of leukocytes identified in the cytological smear. Characteristic cytograms of inflammation is also mild literaturuli cylindrical epithelium lining the cervical canal. Predisposing factors for such reactions are hormonal shifts, lack personal hygiene, metabolic disorders and inflammatory diseases of the genitourinary system. With the help of a PAP smear can determine the nature of inflammation and lesion localization. If the pathogen is not detected, the inflammation progresses, will need to test for the presence of sexually transmitted infections (chlamydia, Mycoplasma, Ureaplasma and gonococcus) and histological examination.

If the inflammation is caused by several pathogens, diagnosis is much more complicated. For example, when herpes simplex virus research will show only a strain of cells that have acquired non-standard shape. The human papilloma virus can be suspected in the presence of epithelial cells with a high degree of keratinization. In these cases, Cytology can only detect indirect signs of infection and put the presumptive diagnosis. In addition, citogramma of inflammation is largely determined by the age of the patient and the phase of her menstrual cycle.

How to prepare for testing

A cervical smear is usually taken on the fifth day of the menstrual cycle. But if necessary, the fence can be done at another time, with the exception of the critical days-period ovulation (13-15 days of cycle). To achieve a reliable result before taking the smear is not recommended to douche, have sex, use vaginal suppositories and enter into the vagina tampons.

The technique of collection of material for research

Smear is for doctors using sterile gynecological mirror, allowing visualization of the cervix. Special brush scraped off the superficial layer of the cervical canal and vaginal portion of the cervix. After the distribution of the material in thin areas of glass, the smear is fixed with ethyl alcohol and sent to the study.
Is the advice useful?
Подписывайтесь на наш канал