How to get to the Hermitage in St. Petersburg

The state Hermitage is one of the main attractions of St. Petersburg. He is considered one of the best museums in the world. The Hermitage is located in the historic center of the Northern capital, on the main square of the city. You can reach it in several ways. 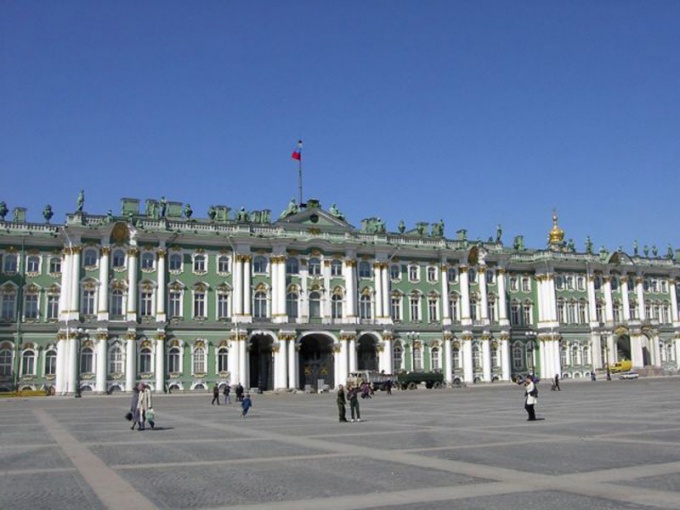 Closest to the Hermitage metro station "Admiralteyskaya". But the guests of the city usually prefer the other station just because the station or the airport can be reached direct. If you are coming from the Pulkovo airport, you need to first get to the subway station "Moskovskaya". It's easy because all the buses and taxis go to this station on the blue line. In this case, you reach the Hermitage direct. Need a ride to the station "Nevskiy Prospekt", exit to Griboedova canal and walk a few hundred metres along Nevsky Prospekt towards the Admiralty. On the right you will see the arch of the General staff, which will take you to the Palace square. You just have to cross it, and you'll be near the Hermitage.

How to get from the station

All stations in St. Petersburg, except Ladoga, located on the red line – it is called the first, and sometimes even the Kirov-Vyborg. You also need a second or third line (i.e., blue or green. From the Moscow railway station you can get to the third line. It is enough to go to the station "Mayakovskaya". After one stop, you will be taken to the station "Gostiny Dvor", which is the same as "Nevsky Prospekt", exit to Kanal Griboyedova. This option is useful if you have arrived at the Finland station. You enough two stops on the red line to the station "Ploschad Vosstaniya" go to "Mayakovskaya" and reach the "Gostiny Dvor". But with the Baltic and Vitebsk train stations more convenient to take one stop to the station "Institute of Technology", change to the train traveling on the second line, and go two stops to the station "Nevsky prospect". As for the Ladoga station, it is on the fourth line, which in the diagrams colored in yellow. On this line you can go two stops to station "Alexander Nevsky Square", take a train on the third line (green) and go two stops to the station "Gostiny Dvor". However, from the "Ladoga" is convenient to reach the "Admiralty". Need a ride to the station "Spasskaya" and go to "Garden" from which to Admiralteyskaya - one stop. Leaving the subway and turning immediately left, you will easily find Small Sea street. Few meters and you are on Nevsky prospect. Turning in the direction of the Admiralty, you are just a few of mine will be at the Palace.

What you need to bring

The Hermitage, a public Museum and a ticket to sell to anyone interested. But for Russian citizens provides significant benefits. The entrance ticket for the Russian citizen to four times cheaper than for a foreigner. Russian pensioners and students are generally allowed free of charge. So it makes sense to take a Russian passport, pension certificate or student card.
Is the advice useful?
See also
Присоединяйтесь к нам
New advices