How to get to Kronstadt

Kronstadt, the famous Fort is a fortress located in the Gulf of Finland near St. Petersburg, part of Russia's Northern capital. The town is small, it is home to slightly more than 40 thousand inhabitants, but it has many attractions. Early to Kronstadt was only on water, but after the construction of the ring road have the opportunity to get to it from St. Petersburg by bus or taxi. 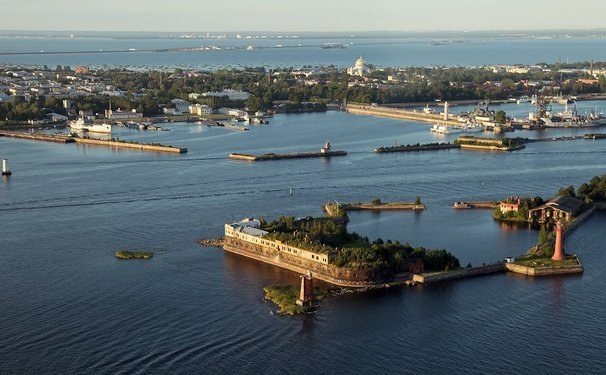 Kronstadt is a town – fortress and port city, built around the same time, when it was founded as Saint Petersburg, in the beginning of XVIII century. It is located on Kotlin island, the largest island in the Gulf of Finland, about thirty kilometers from St. Petersburg. The composition of the Kronstadt also includes some nearby small Islands. The city is part of St. Petersburg and is the only settlement of Kronstadt district.

Before the construction of the ring road or ring road, which passes through the protective structures located in the Gulf of Finland, to reach Kronstadt was only possible on water. Today there buses and taxis.

How to get to Kronstadt?

In fact, today it is much easier to drive on land transport, as Meteora, ferries and boats as public transport to the island now do not go. From St. Petersburg to Kronstadt is one bus number 101, its final stop is at the metro station "Old village". Route 101A is also sent from the Old village, but doesn't reach to the center of Kronstadt. To get a bus to the Fort from the University on route 175 from Sestroretsk on route 125. The fare is 50 rubles, the intervals between shipments account for about fifteen minutes.

Bus to Kronstadt to go as often: No. 405 departs from metro station "Chernaya Rechka", and No. 407 goes from the metro station "Prospect Enlightenment". The fare is more expensive – 65 rubles, but to the destination taxi arrives quickly.

To get to Kronstadt from the center of Saint Petersburg on the tour bus, at the same time you can learn the history of the city, to sightseeing information and without difficulty to get back. But the cost of such travel will be significantly higher – about a thousand rubles.

Drive by private transport to Kronstadt it is easiest if you depart from the Northern part of the city, need to get to the ring road with Savushkin street and Primorsky highway. From the ring road on the island Kotlin Kronstadt road turns on the highway, then you need to go through the streets of Revolt and Romala to get to the Central Anchor square.

Some time to Kronstadt went water taxis, but now their route is only between Arsenalnaya embankment, an Old village and the Copper horseman.
Is the advice useful?
See also
Показать еще
Присоединяйтесь к нам
New advices