What station in St. Petersburg main

On Uprising square, at the intersection of Ligovsky and Nevsky Avenue in Saint-Petersburg is a building of Moscow (Nikolaev) train station, which is considered Central in the city. The authors of the project are the architects K. A. Ton and K. A. zhelyazevich – the architects of Emperor Nicholas I. 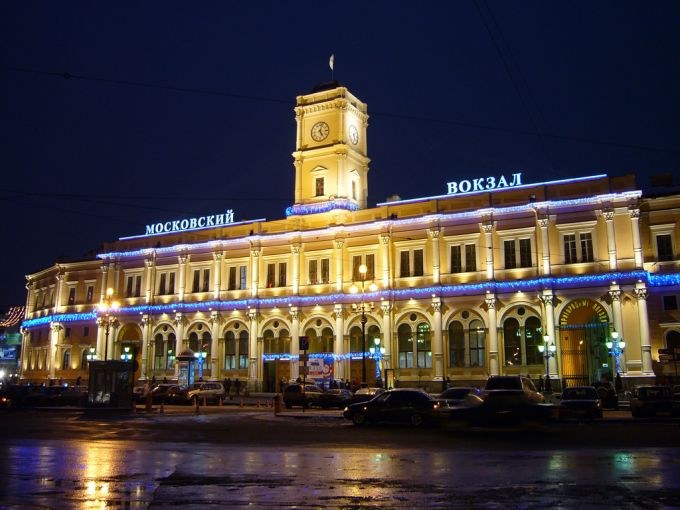 The history of the station

The most interesting feature of the Moscow station is that he has a "close relative". His "twin brother" is called the Leningrad station, and "lives" it in Moscow, accepting and seeing the trains going to the Northern capital.

The date of construction of the Moscow railway station is 1851. Since that time it has undergone reconstruction and restoration combining the pomp of architecture of XIX century with the latest technology of the XXI century.

The first head of the then Nicholas station was assigned the father of the future Russian traveler Nikolai Ilyich Maclay. His apartment was located directly in the building of the station. There was also the railway administration, the Imperial room, the offices and apartments of employees of the station.

Schedule of trains from the Moscow station in all directions, you can call us at the information Desk or on the website.

Four modern platforms are equipped with automatic turnstiles intended for the embarkation and disembarkation of passengers traveling to suburbs of St. Petersburg. With one of the platforms for trains equipped with luxury carriages. From the Moscow station can be reached Chudovo, Velikiy Novgorod, Volkhov, Tosno, Shapki, the village of Budogoshch'.

The structure of the station

The station building is the Central hall, which is surrounded by many restaurants, cafes, shops, bistros, gift and kiosks. Adjoin ticket hall and waiting room with a VIP area. There is medical service, Luggage storage, Lounges, a point of order and the room mother and child. Decoration and a traditional meeting place is the monument to Peter the Great located right in the Central hall of the Moscow station.
Is the advice useful?
See also
Показать еще
Подписывайтесь на наш канал