How can I replace Zelenka

Perhaps Russia is the only country where the green paint used so far. But as various laboratory and clinical tests have not found any confirmation that Zelenka has exhausted its antiseptic properties, its use is not contraindicated. 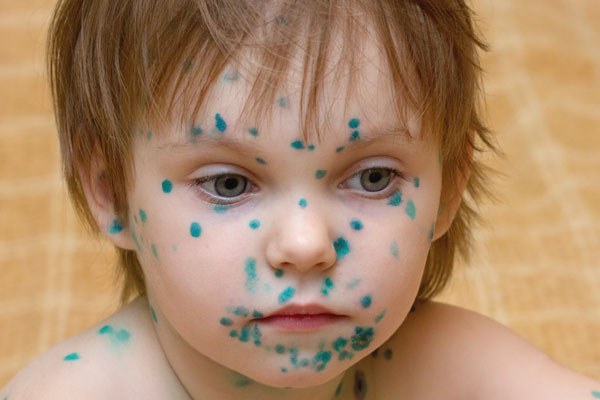 Related articles:
Western countries with a puzzled apply to the use by the Russians of the green stuff, but it seems that they abandoned this aseptic solution for aesthetic reasons, rather than because of doubts about its therapeutic properties. Experts say that now in the West with the green paint going around the same thing that a few years with bleach. Foreigners with disgust to the bleach as dezinfeciruyuhimi substance, while all cleaning and whitening products imported are chlorine compounds.

The popularity of the green stuff

In Russia, however, Zelenka loved and widely applicable, whoever and whatever may be said. The first drug that is used for newborns is the solution of green diamond, they smeared the baby's navel. Unbearable itching from chickenpox also starred with green stuff to get dried up and water bubbles on the skin. Any scratch, abrasion or wound was treated with the same solution.

However, the green diamond is not a panacea, and therefore stable and robust solution which is, perhaps, no one has been able to apply to the skin so as not to stain anything else, it is possible to replace by other means.

The easiest and most effective method of wound treatment is the primary treatment with hydrogen peroxide, which thanks to its "fizzy" properties of literally pushing to the surface contamination. Then the edges (and only edges) of the wound is possible, but not necessary, to cauterize zelenkoj or alcohol to prevent infection.

Minor scratches will decontaminate Yod, he, by the way, is not sold only in small bottles but also in a very convenient pencils with a soft spout or brush.

When the chickenpox to treat skin rashes can be not brilliant green, and a weak solution of potassium permanganate. Moistened cotton swab need to treat blisters and allow it to dry, decreases as well and itching. Similar job fukortsin – pink liquid, such as resistant as the paint.

Modern drug represents an alternative to the green paint is Baneuoqin. This is a drug of domestic production is a white fine powder without smell similar to baby talc. The presence in a preparation of antibiotics of local action gives you the opportunity to treat the wounds without the risk of infection. Usage is simple: the wound was treated with hydrogen peroxide and sprinkle the powder Baneuoqin.

You can try Miramistin – a drug of domestic production. This solution is the strongest antiseptic action is used to prevent the occurrence of infections of bacterial and viral type.

Advertised lotion Calamine production of Israel is not widely applied due to the fact that removal of itching of short duration, the effect only lasts for five minutes. Weak and antiseptic properties.
Is the advice useful?
See also
Подписывайтесь на наш канал