How to exchange metal detail on banknotes

When the family break the piggy Bank, then go shopping with a bunch of stuff nobody wants. The question arises: do we have to change it for notes? Where to do it, don't even think about it - and go straight to the savings Bank. 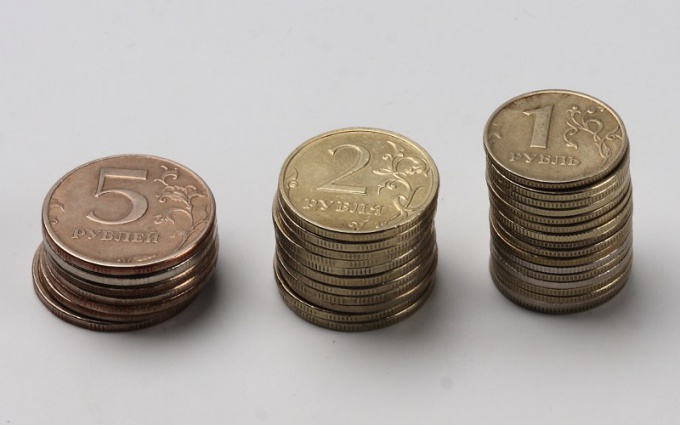 What you can do with a trifle

Usually extracted from piggy Bank change can be spend in the store, paying for goods by check. However, some cashiers are outraged, refusing to accept coins. But if the product is inexpensive, it is possible to offer the point of sale and such payment. When the citizen of a small business, involving a large number of coins, for example, a vending machine for goods or toilet, the daily will accumulate a large amount of cash, even in coins of small denomination.

When so many bring to the savings Bank, where tellers also do not Express a great love to offer them a lesson on conversion. Unable to refuse, but I can change coins into paper notes.

They really do not want long to be considered small, in fact, the amount.

If exchange does not directly produce, from the option of open contribution and credited this amount is small change to him with the subsequent withdrawal.

Sberbank to customers is quite extensive commitment, but the official exchange change for paper money is not spelled out in any Statutes. Similarly, it does not appear in the list of services provided to clients. If you give credit to the staff and management of the savings Bank is profitable, carry out transactions similar to exchange – no.

But not all that bad, in some cases, employees themselves are happy to change client coins to bills, as the tellers needed change for the surrender and exchange, and it is often in short supply. Also, here come the sellers nearby outlets that need change. In this case, the exchange, and after a return exchange.

Sometimes an employee of the savings Bank may issue a Declaration in which the client will be obliged to register the number of coins in accordance with denomination and sort out the money. After the exchange it take a percentage for the service, which can vary from 3% to 30%. If the first digit is acceptable, the second is unfavorable, and such conditions can be waived.

In this case, the entire amount carefully consider and enroll. Here it is possible to take it off, only to have the bills.

It would be better to ask to transfer the amount borne or to open a new account if that in the savings Bank the citizen is not available.

Denial of service can motivate those that do not have machines for counting coins. But this fact is not a basis, it is only an excuse if you wish to work. If, however, these attitudes had to face, you can write a complaint, because the circulation of coins in the territory of the Russian Federation no limits and the freedom of choice which the coins or bills to keep their savings, has not been canceled. And after writing the complaint negligent staff will be 100% punished, they will have to learn the culture of behavior with the client.
Is the advice useful?
See also
Присоединяйтесь к нам
New advices