Where to recycle old money

Currencies tend to become obsolete and turn into more relevant forms. If your house has accumulated a large number of old money, you can try to take them or exchange them for those used today. 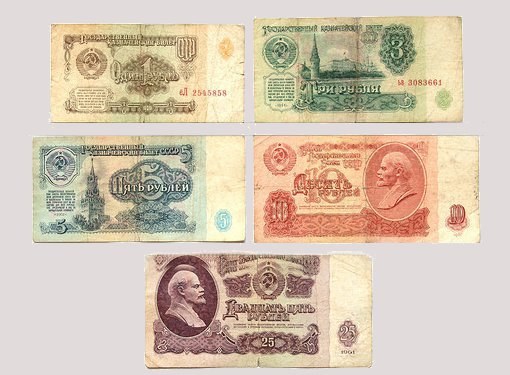 Related articles:
Instruction
1
If you find in your house large number of old money that was issued between 1994 and today, you can apply to Sberbank and exchange them for new banknotes, the exchange is far not in all branches of the financial institution. It is best to contact the head office of the savings Bank of the Russian Federation in your city and to specify exactly where and on what conditions it is possible to exchange old money for new.
2
Banknotes issued before 1993 inclusive, to be exchanged at credit institutions, unfortunately, will not succeed. In this case, it is best to contact the clubs of coin collectors that operate in almost all major towns of Russia. Would be better to clarify the cost of the money that you have, it can be done with the help of Internet portals devoted to numismatics. Numismatists are willing to collect obsolete banknotes and will gladly purchase them from you.
3
You can sell old money using the Internet. In particular, on the website Ebay.com there is a section dedicated to the sale of banknotes and coins, long out of use. It is noteworthy that it sells not only Russian but also foreign banknotes and coins, so if you have old banknotes of foreign production, you can also implement them.
4
Old money can be put in the Museum, which, unfortunately, will not be able to buy them at too high a price, however, the minimum remuneration you can expect. In comparison with collectors of similar organizations pay 70-80% less of the nominal value of the banknotes.
5
If you will not be able to receive compensation for old money accumulated in your home, they can always recycle them. Your coins will be happy to see in points of reception of nonferrous metals, and paper banknotes can pass as waste paper. Of course, it is worth considering the fact that at the time of old money for processing you will most likely get nothing in return.
Is the advice useful?
See also
Присоединяйтесь к нам
New advices