What is the significance of the icon of St. Nicholas the Wonderworker 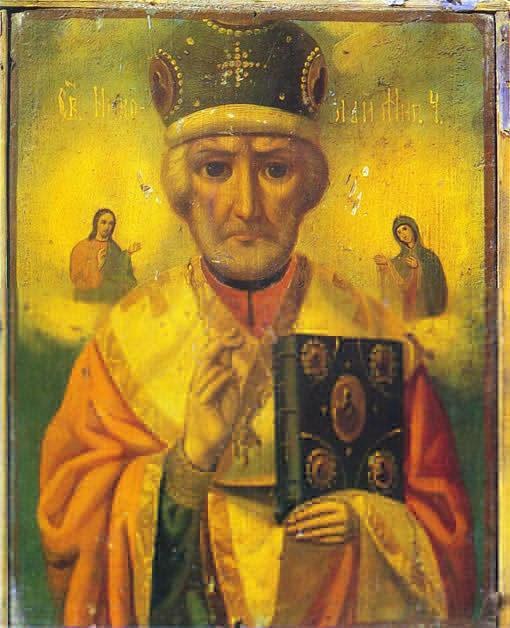 As the story goes, while still a child, Saint Nicholas refused the mother's milk on Wednesdays and Fridays – the days of the Christian posts.

From early childhood he was very religious and devoted his entire later life to Christianity. Long days spent in the temple, and by night he read books and prayed, excelled in the knowledge of the Scriptures. The gift of miracles was sent to him in his youth, so there are plenty of legends surrounding his name.

Nicholas parents were very rich. After their death he inherited a huge fortune, but gave it to charity.

Miracles and the acts of the

According to legend, when Saint Nicholas was elected Bishop in Myra (modern Demre, Turkey), where he continued his spiritual path, was a lot of unexplained miraculous events.

Among the wonderful deeds of St. Nicholas in the Church literature is widely known intercession for the three men in the Worlds phenomenon before Constantine in Constantinople, the presence at the first Ecumenical Council.

Not without reason St. Nicholas is the patron Saint of mariners. As stated in one of the legends of his biography, while still young, on the way of Myra to Alexandria he raised the dead sailor, who fell in a storm and died. And on the way back to the World he saved the sailor and took him with him to Church.

In Russia, Nicholas is also called a "Man" because his deeds were pleasing to God.

The Orthodox Russia has three of the festival associated with Saint Nicholas.
July 29 (11 August) — Nativity of St. Nicholas.
6 (19) December — the day of death, called "Nikola winter".
9 (22) may — day of arrival of the relics in Bari, called "Nikola vernal".

There are two icons of St. Nicholas the Wonderworker. "Nikola winter" depicted in the mitre of the Bishop, "Nikola vernal" – without headgear.

According to legend, Nicholas I drew the attention of the clergy to the lack of headgear from his spiritual patron. So there was the icon "Nicola winter".

From the point of view of the Orthodox, when the icon of St. Nicholas is in the house, it protects from any needs and contributes to prosperity. In addition, the icon protects those in the path of the pilots, sailors, hikers, drivers, revere Nicholas.
Is the advice useful?
See also
Подписывайтесь на наш канал