All icons: what that means

Icons one interesting cultural phenomena of the Russian middle ages. Icons are always beside people in difficult times. But the icon is not a talisman. In this symbol there is nothing occult, and at the same time, the icon is a door into the mystery. 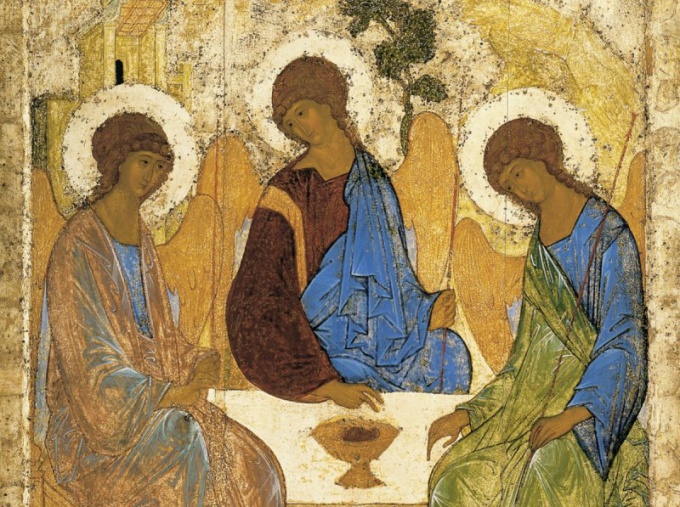 The Institute of iconography appeared in the old Testament. In Christianity, specifically in the Orthodox faith, the icons were initially wary. But Church images entered in the lives of the majority of the Russian people, and to present the traditional Russian house without icons is difficult.

To say all the icons are unlikely to succeed, a huge number of them, but in Orthodoxy there is a clear gradation of icons in their continuity.

Let's start with the "ranks". In the Church there are several types of holidays. It's the holidays the Great Lord and the Theotokos. The great and Holy.

The twelve are holidays, which in year 12. Each dedicated to some event from the life of Christ and the Theotokos: the Nativity, Ascension, Dormition, etc. of special note is the feast of the Passover. This is a separate celebration that is not even one of the twelve annual, as it were, over all. For every holiday written your way.

The same goes for Great days and memory of the saints. In the icon like in pictures "recorded" events.

Christianity teaches that the icon shows the prototype of who it depicts. And when we worship icons — read it a prototype rather than a drawing.

Usually the icons that we use, are images of saints or angels. On some you can see several saints standing under the Intercession of the virgin or Saviour.

Let's start with the Manor. They are Easter and Troickim. Easter icons show the Resurrection of Christ. But the real Orthodox icons of the Resurrection — the Descent into hell. Because the Savior had just risen, and raised all with Him and saved from eternal damnation. But there are also icons in which Christ is depicted with the banner in his hands.

The Trinity icons — the United religious holidays:
—Epiphany, when Christ was baptized by John the Baptist, and the witnesses heard the voice of the Father and of the Holy spirit in the form of a dove;
—actually, the Trinity, three Angels or the Holy spirit on the apostles;
—Transfiguration, when Christ began to glow with a strange light, brighter than the sun;
—The ascension, when Christ bodily ascended into heaven.

The Birth Of Christ. Still have the presentation of the Lord when the Holy Simeon the God-receiver received the infant Jesus from the hands of Mary. The Exaltation Of The Cross. In the 9th century Cross was found and placed for veneration in Jerusalem.

Theotokos — icons depicting the Nativity of the virgin Mary, Introduction to the temple, Annunciation, assumption. Icons of the Great feasts is the images, which depict well-known saints: Prince Vladimir, the Baptist of Russia, different icons of the virgin, etc.

Probably the most famous and popular icons now — Kazan, Vladimir, Guardian angel. Many people say Bishop Luka Krymsky, a famous Soviet surgeon, of St. the present day. His relics are in the Cathedral in Simferopol.

To speak of Orthodox icons is endless. The best option is to go to the temple and to ask questions to the priest.
Is the advice useful?
See also
Показать еще
Подписывайтесь на наш канал