What are the prayers

In the Christian liturgical practice of the prayer is called service, which appeal to the Holy person for the purpose of receiving a specific request. There are several types of prayers, in them the believer can apply to the Lord, the virgin, or Holy angels. 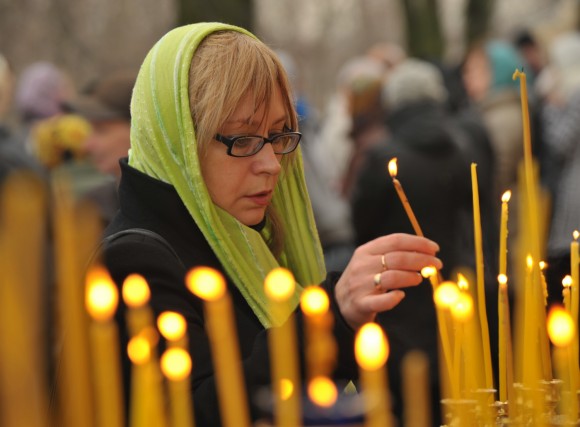 First of all, prayers are addressed to God, the virgin, angels or saints. There is also a certain kind of prayer, during which the consecrated water. Such service is called vodosvyatiem.

Prayers to God are of various kinds. The most common are the prayers for the sick (they claimed the healing of the sick), travelling (prayer in journey) and thank you (believers thank God for His blessings). Also widely used in Church practice have prayers at every petition, in which believers treat any request to God. Sometimes, before any important things a Christian orders a prayer, called "prayer before starting every good work". There are some other prayers. For example, before surgery, assistance in childbirth, deliverance from alcoholism or drug addiction, a blessing in air or sea travel. Entrepreneurs can also serve as a prayer for aid for trade. A special place is occupied by the prayers about the multiplication of love and eradication of hatred and malice. It happens that believers bought a memorial petition to the world between the spouses.

In the tradition of the Church has many prayers in front of icons of the virgin. For example, before Kazan or Vladimir icon of the Mother of God. About study help asking the virgin Mary on prayer to the icon "Addition of mind", and for those who suffer from the disease of alcoholism, seek help before the icon "the inexhaustible chalice". There are many other icons of the virgin Mary, which can serve certain prayers.

Often in the Christian practice of turning to prayer and the singing of the Holy men. The sick pray to the healer Saint Panteleimon, Saint Nicholas is the helper in all needs and sorrows, prayer to Saint Moses Murin helps to get rid of alcoholism.

In addition to the saints, prayers can be addressed to the angelic forces. There are prayers to the higher angels and guardian angels.

With all the variety of molebny singing you must realize that assistance is supplied by a particular individual, to which you can apply in any good needs. And practices with a particular request to a particular Saint is only a pious tradition.