How to write Church notes

In the Orthodox Church there is a custom according to which the name of a loved one can be mentioned in the Liturgy, if you will give the Church a special note. However, it must be filled in accordance with Church rules. 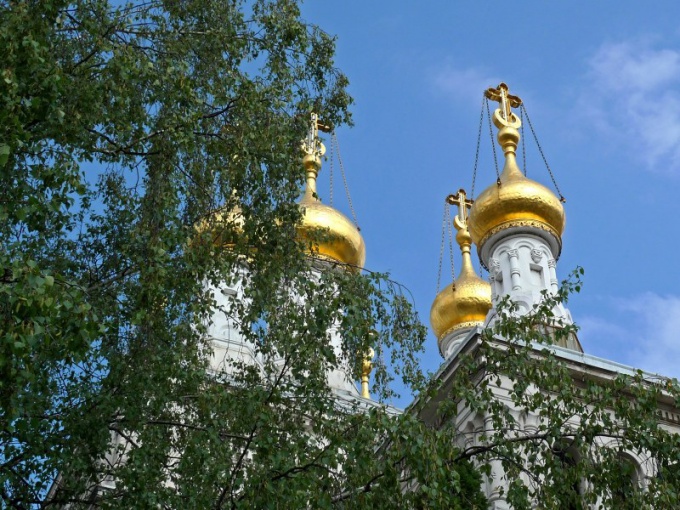 Related articles:
Instruction
1
Correctly fill in the note. One paper can be submitted as separate names, and a list of names, which should not exceed 10, however, it is necessary to separate those who are commemorated for the health and for the repose of remember. The purpose of the remembrance, for example, for the health, you need to specify at the top of the note. Also traditionally, the leaf is drawn an eight-pointed Orthodox cross. The list can be the names only of Orthodox Christians. Names should be given in the Church Slavonic form and in the genitive case. For the monks indicated their names after the vows. No need to specify in the notes the names and other personal information, the only exception is for priests and monks, next to the names of which indicate their San. Also the names of the Ministers of the Church must be specified in the note before the names of the laity.Try to write legible handwriting, better print.
2
Select the time to send the note. This can be done both before and immediately before the Liturgy. If you want the commemoration was held in the de day, come to Church in the morning. Keep in mind that notes about the commemoration, it is advisable not to apply during the main Orthodox holidays - Easter, Christmas and others, as part of the holiday service is not performed the reading of names of deceased. The only exception is the day of the Trinity. However, you will be able to submit a recording for a memorial service the next day. The concept note can be obtained directly in the Church. It is also possible to order individual service, which is held after the main Liturgy. Another option of prayer - prayers for the dead. In this case, the person's name will be mentioned in the Liturgy for 40 days. On request there is also a more lasting remembrance in the course of the year. In a separate monasteries can be ordered and eternal remembrance of the deceased.
3
Make your Church a donation. In large churches usually indicate a desirable amount, which usually depends on the number of briefs filed, however, you can increase a donation if you want to help the Church.
Note
Prayer for the dead made to order on the fortieth day, and after six months and on the anniversary of his death, however, you may submit notes for the dead in other days.
Useful advice
Notes can be made on plain paper and are available in the Church forms. Some Christians follow the old tradition according to which names for the remembrance service are recorded in a special book. This book can also be transmitted to the clerk of the temple Church by making a donation.
Is the advice useful?
See also
Показать еще
Присоединяйтесь к нам
New advices