When you can order a memorial service for the dead

The commemoration of the dead is a religious duty of every Christian. Prayer for the dead is an important part of remembering our dead relatives. In the Orthodox churches, there are special memorial prayers contained in the rite of Requiem. 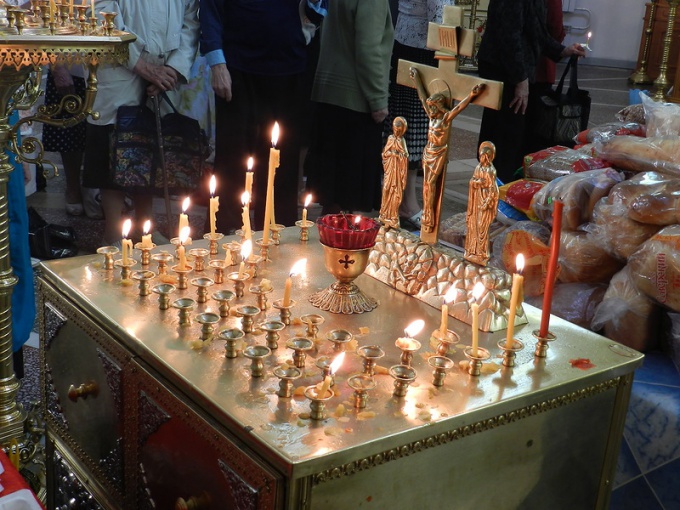 A memorial service is a small rite of the Orthodox Church, in which the prayerful remembrance of dead people. Usually funeral takes place in Orthodox churches after the divine Liturgy and prayers. To order a memorial service can be a countless number of times. In this memorial service differs from a funeral service (the latter is carried out on the deceased only once).

There is a practice to order a Requiem in a special memorial day (Saturday). These include second, third and fourth Saturdays of lent, Meatfare Saturday (before lent), Troitskaya Saturday (before the feast of the Holy Trinity), Demetrius Saturday ( Saturday before the memory of Demetrius), Radonitsa (Tuesday of the second week after Easter).

In addition to specific memorial dates to order the funeral taken at the 9th, 40th day and the anniversary of a deceased person.

It should be borne in mind that the funeral prayer is an act of remembrance of man. So order a memorial service for their dead relatives it is possible and at any other time when the churches committed this rite. That is, almost every Saturday and Sunday in the Orthodox churches are committed requiems for the dead. On each memorial to record the names of their deceased loved ones.

Be aware that there are certain days when the dead in the temples are remembered. Easter is bright week, from the twelve great holidays, Yuletide. The rest of the memorial service in the temples may be made.